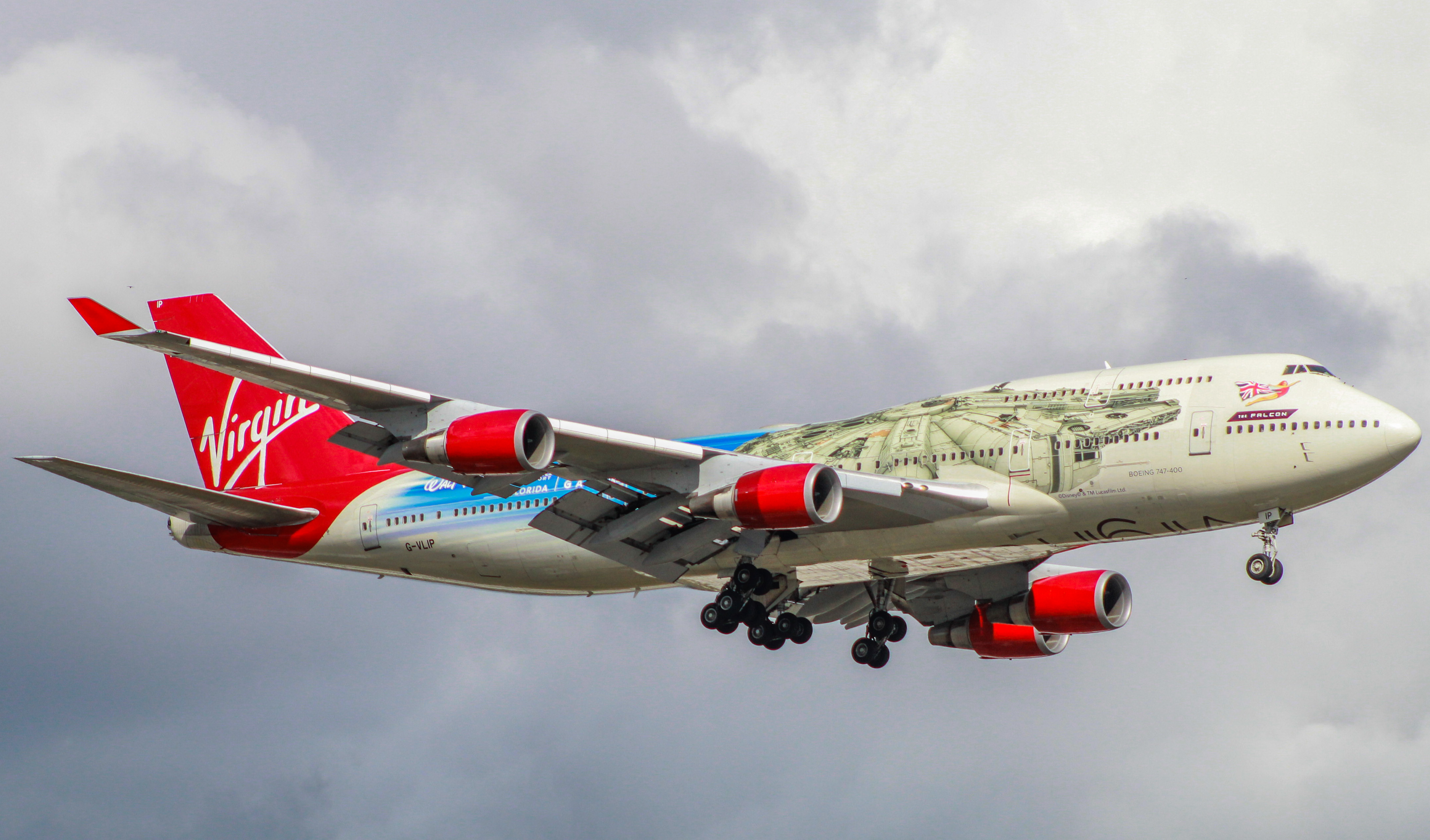 Amid the COVID-19 pandemic, many airlines have been forced to adapt to the changing business market conditions brought about by the pandemic.  Virgin Atlantic recently announced that they would retire all of their 747's, close London-Gatwick, and cut more than 3,000 jobs.

Virgin Atlantic will retire its aging transatlantic fleet of 747's.  Previously scheduled for retirement in 2021, are set to be retired immediately.  Boeing 747's have been with Virgin Atlantic since the beginning of their operations in 1984. Specifically, Virgin Atlantic 747-400's were received in 1994 and have flown for 26 years.  Similarly, Virgin Atlantic's A340-600's left the fleet earlier this year.  The B747's will be replaced by the incoming assortment of A350-1000's and B787-9's.

Additionally, Virgin Atlantic is temporarily suspending its London-Gatwick operation, consolidating all of its operations into London-Heathrow.  The UK carrier plans to retain its slot "portfolio" so then it can resume flights later when demand rises.  Currently, Virgin Atlantic bases its leisure routes to the Caribbean - specifically Antigua, Barbados, Grenada, Montego Bay, and Tobago - as well as transatlantic flights to Orlando and a planned flight to New York-JFK.

Virgin Atlantic will lay off 3,150 workers to combat the crisis.  It is unclear whether this will be replenished after the crisis.  However, Virgin Atlantic maintains a positive outlook on the situation citing that after 9/11, employees came back within a couple of years.  Those workers account for a third of their staff, showcasing the severity of the pandemic on their operations.  Today, a 45-day company-wide consultation will begin with airline unions.

The CEO of Virgin Atlantic, Shai Weiss, states, "However, to safeguard our future and emerge a sustainably profitable business, now is the time for further action to reduce our costs, preserve cash and to protect as many jobs as possible. It is crucial that we return to profitability in 2021. This will mean taking steps to reshape and resize Virgin Atlantic in line with demand, while always keeping our people and customers at the heart of all we do."

Virgin Atlantic is following Britsh Airways' footsteps.  Last week, they announced that they would cut 12,000 jobs and possibly shutter its Gatwick operations.  Additionally, Virgin Atlantic, just like British Airways, are vying for U.K. government aid.  Currently, both airlines may be working on packages that would help reduce the implications of layoffs.

A plethora of other carriers is suffering from the virus and its effects.  For example, its sister in Australia, Virgin Australia entered bankruptcy protection and voluntary administration, meaning that it is tethering towards collapse.  Flag carriers like Air Mauritius and especially South African Airways are tethering on the edge, near the end.