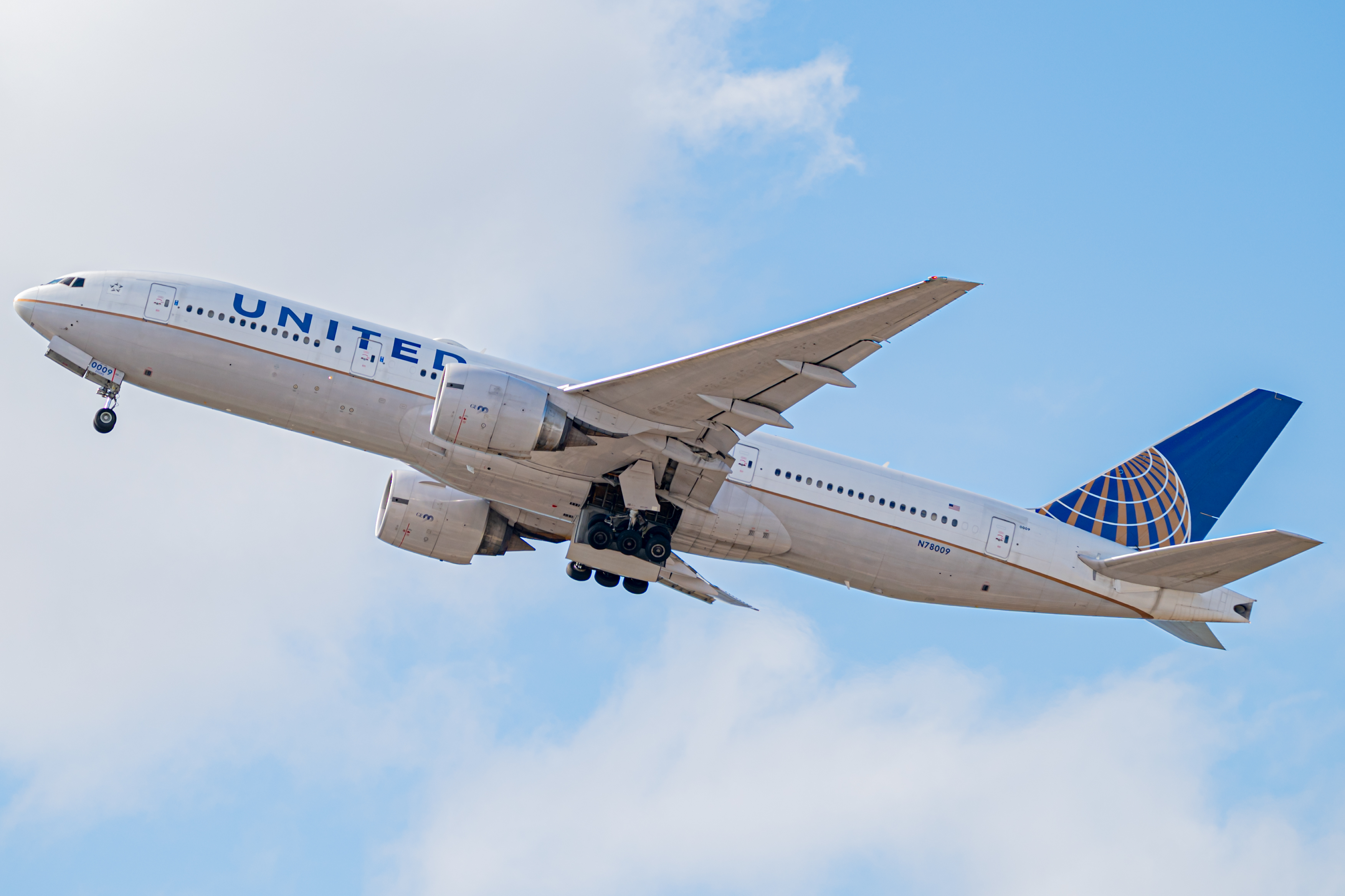 BY BRANTSEN GILL 8d AGO 2 COMMENTS

A routine United Airlines flight on Thursday evening turned scary when sparks flew from one of the wings upon takeoff.

In a statement to AeroXplorer, United Airlines shared: "After our aircraft experienced a mechanical issue shortly after takeoff, it remained in the air to burn fuel and then landed safely. Passengers deplaned at the gate and a new aircraft is scheduled to depart this morning."

With United Airlines' fleet of 777s rapidly aging, incidents like this are suspected to occur. Therefore expanding maintenance and inspections is absolutely essential to the safety of these aircraft. United Airlines operates some of the oldest Boeing 777s in the world, with some having lifespans of almost 30 years.

Unfortunately, this is not the first time the airline has seen 777 troubles. In February 2021, a United Airlines 777-200 flying from Denver to Honolulu experienced an uncontained engine failure, resulting in Pratt & Whitney 777s being grounded by the Federal Aviation Administration. The aircraft have since returned to the skies, as they have been deemed safe to operate by the administration.

More information will be shared as soon as it becomes available.

Gary Bain Do you have a link? The video won't open on my computer.

NEWS Emergency United Airlines Boeing Boeing 777 Boeing 777-200 Airline
Our Weekly Digest Straight to Your Inbox Subscribe to receive our weekly aviation newsletter to stay updated on industry news. No spam, no BS. Unsubscribe at any time.