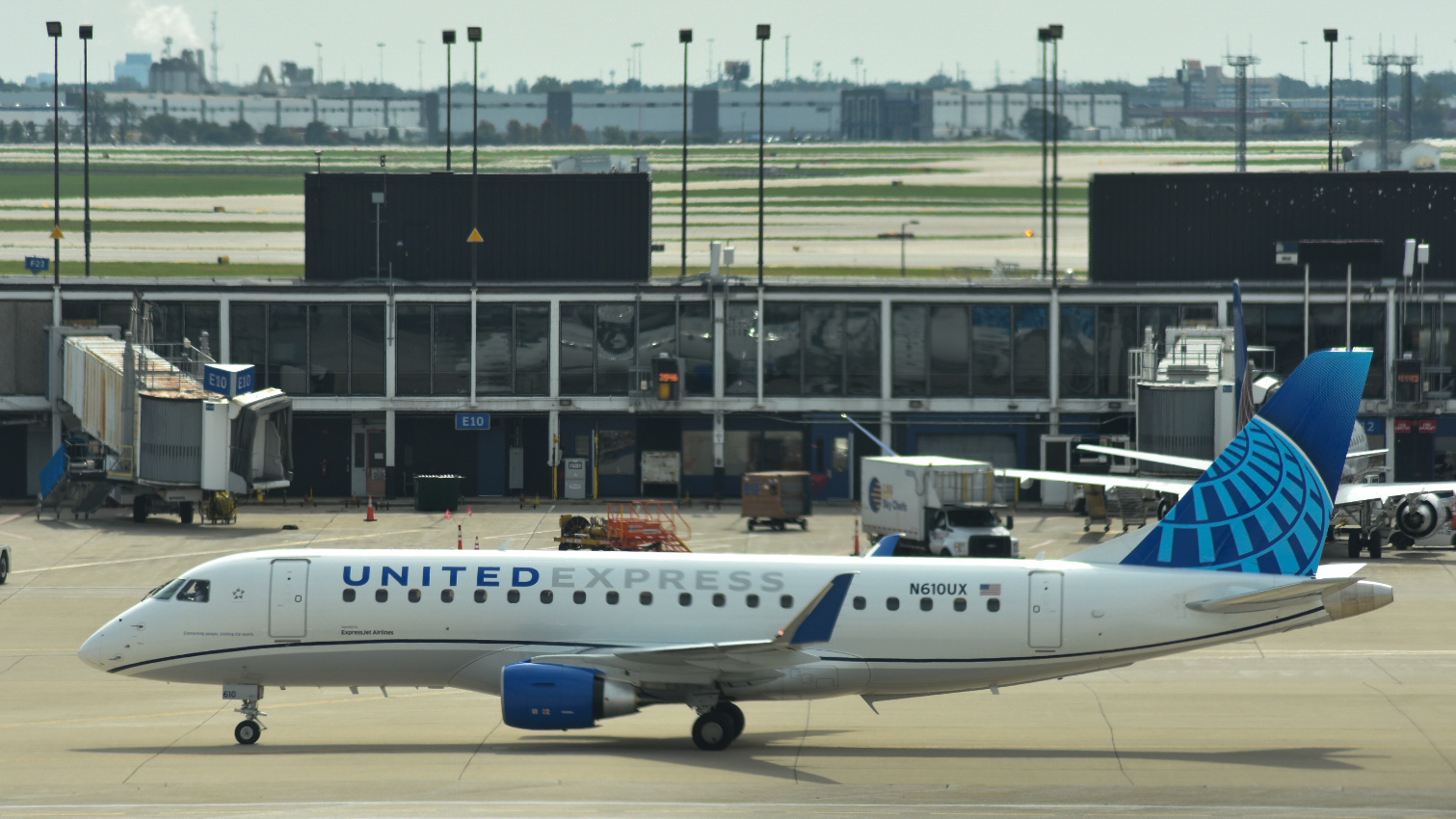 On January 3rd, I flew to Austin for the day to take photos of airplanes. After a wonderful day of plane spotting, it was time to head home. Here is a recount of my trip aboard United Airlines Regional First Class from Austin to Washington. 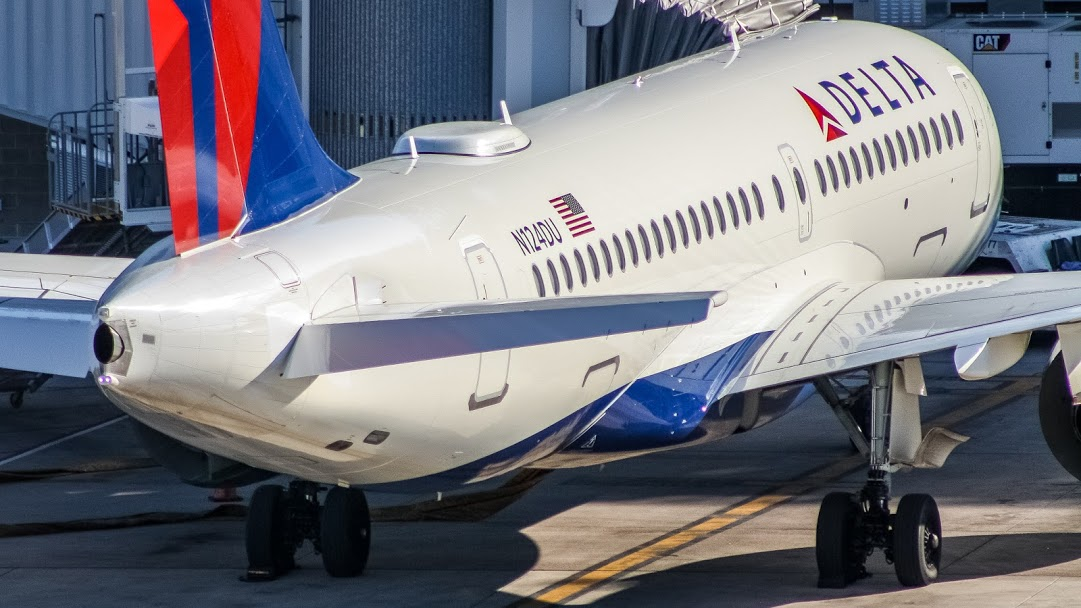 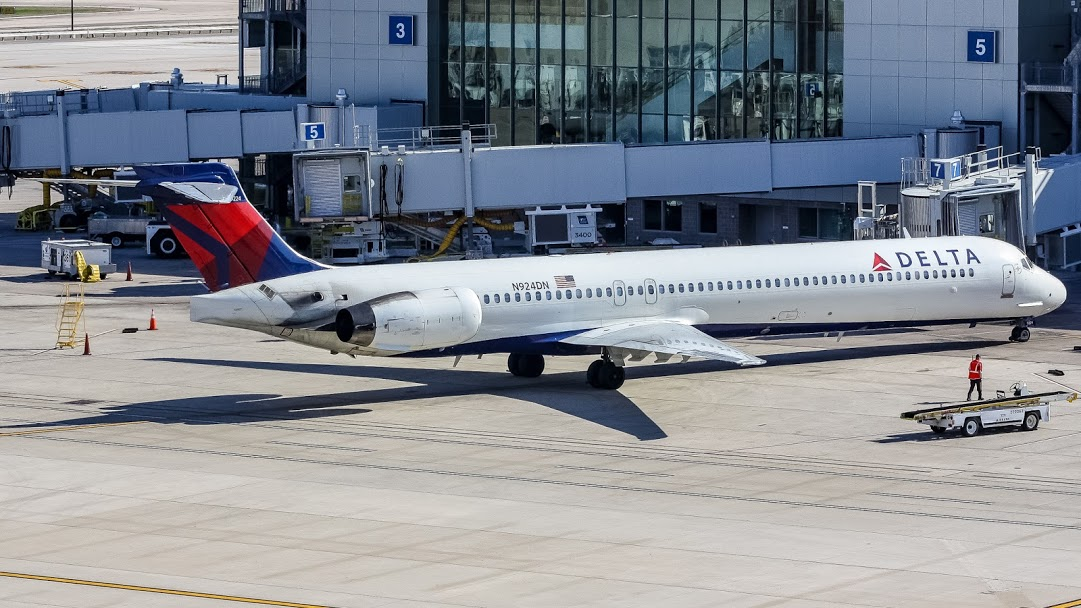 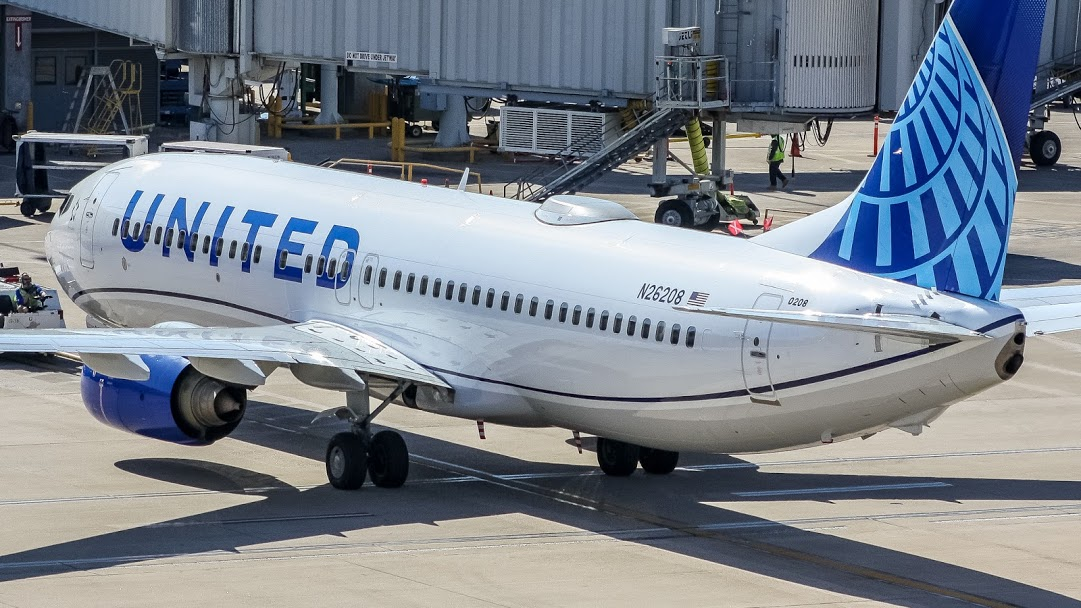 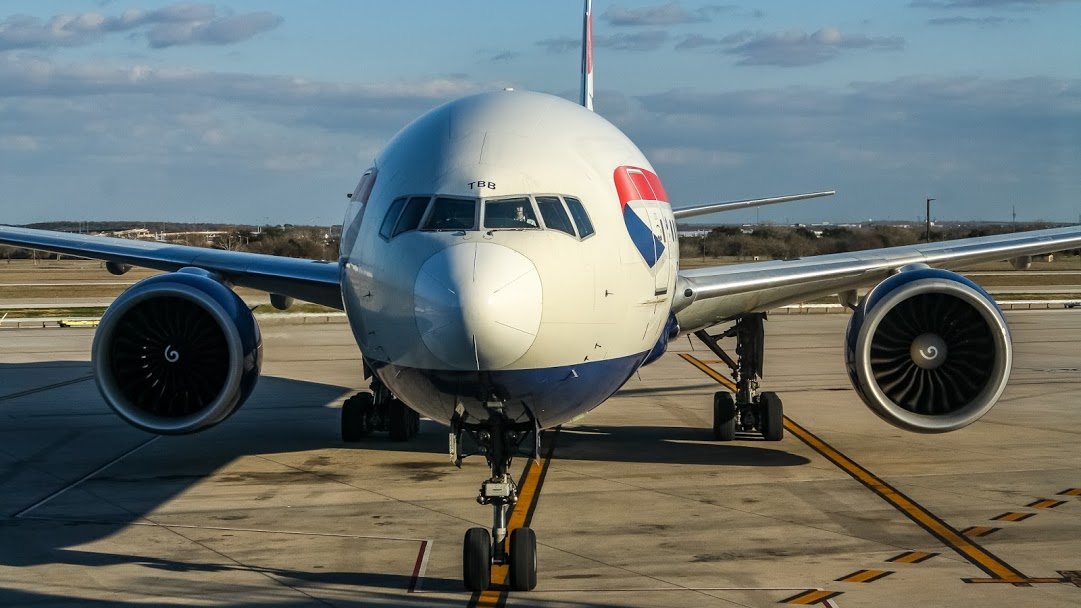 Some photos from my day at Austin, Credit: TheExplorerBlog / Daniel Mena

After checking in on the United App, I headed through security. Austin-Bergstrom Airport (AUS) is relatively small, so security did not take long at all. After security, I did some terminal photography before heading to my gate, 34. 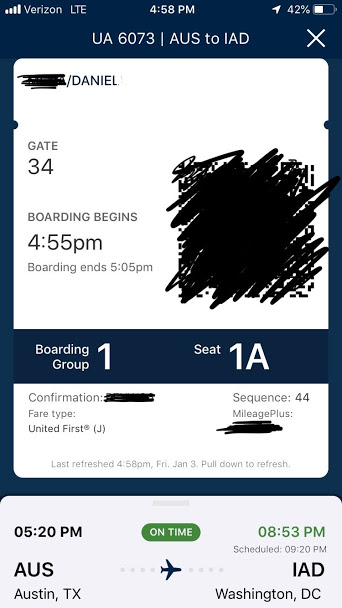 My Boarding Pass for this flight

For this flight on the Embraer E-175, I was seated in seat 1A. The seat map was completely open, with only four people in First(The E175 has a First Class capacity of 12 passengers). Because the flight was so empty, the flight attendant upgraded everyone in Economy Plus. Even after this, there were still two open seats in the First cabin. 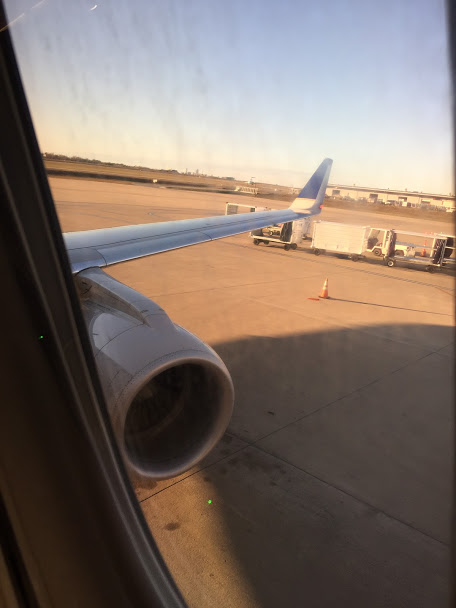 The view from 1A

The E-175 has a 1-2 seating in First Class and a 2-2 seating in Economy Class. United uses column names A, B, C, and D for economy and A, C, and D for First. If you sit in a seat in the A column, you will have more legroom, as you have both an aisle and window seat. But, if you're seated in row 1, regardless of column, you will have limited legroom as the bulkhead is in front. It isn't too much of a problem, but the legroom in rows 2-4 is more than row 1.

Upon arriving to my seat, the Flight Attendant served drinks in plastic cups. Usually on United's Polaris product, the drinks are already poured, and passengers are asked to choose a drink from the tray. On this flight, the flight attendant hadn't poured yet, so you could ask for anything you wanted. This was a nice touch. 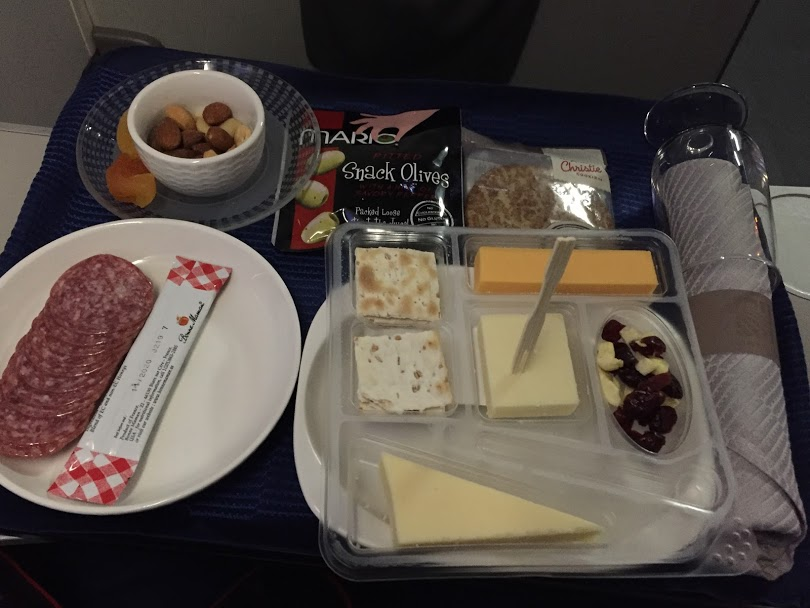 My food on the flight.

That concluded the service for the flight, and we landed almost 30 minutes early, in the same gate we departed that morning (D23). The flight attendant played some music from his phone as we were leaving, which was a humorous touch. 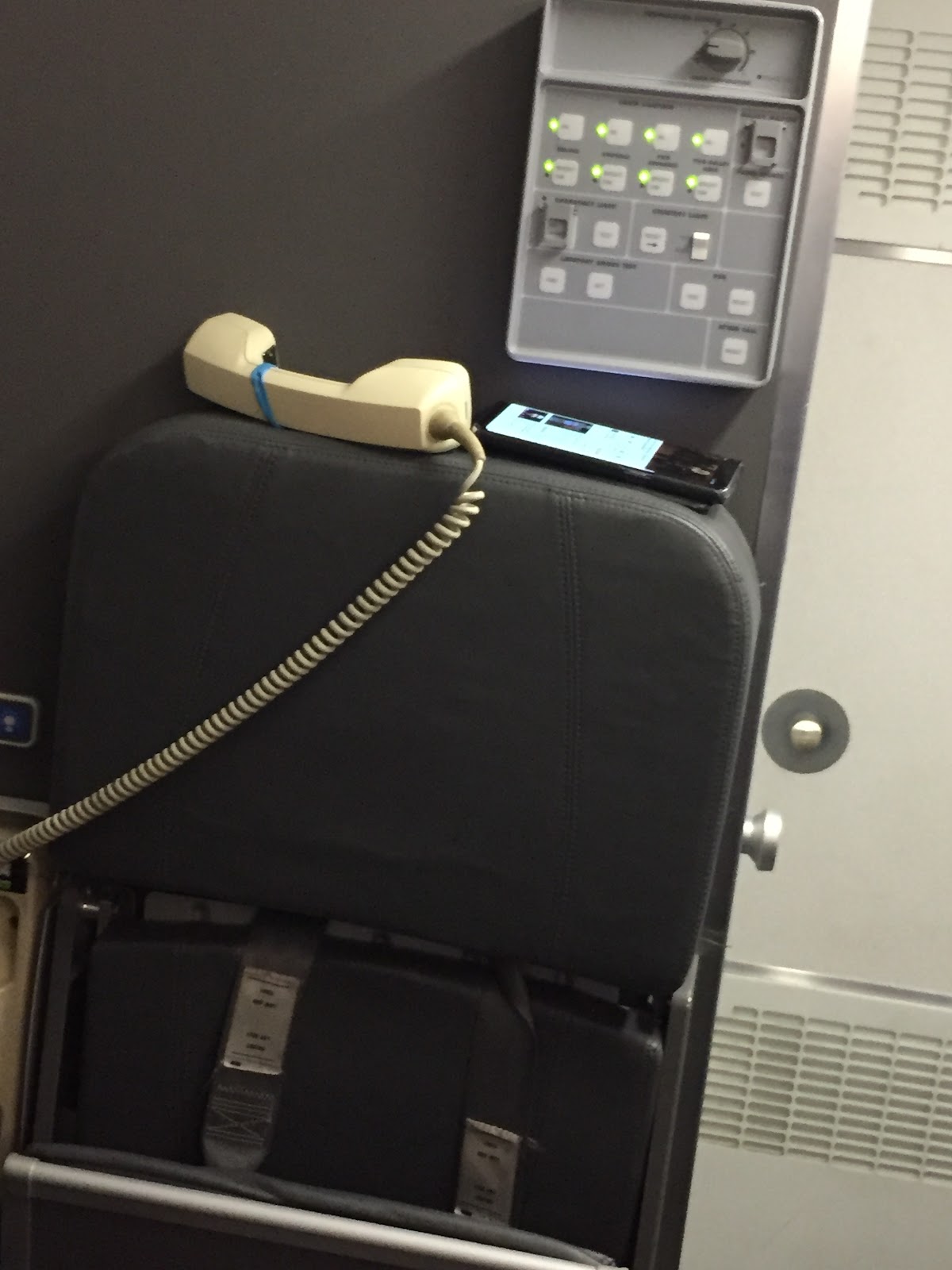 The flight attendant played music from his phone as we were getting off the plane.

Overall, I enjoyed the flight. From the check-in to the meal to the in-flight amenities, this flight was well worth it. Have you ever flown United? Share your experiences in the comments below!