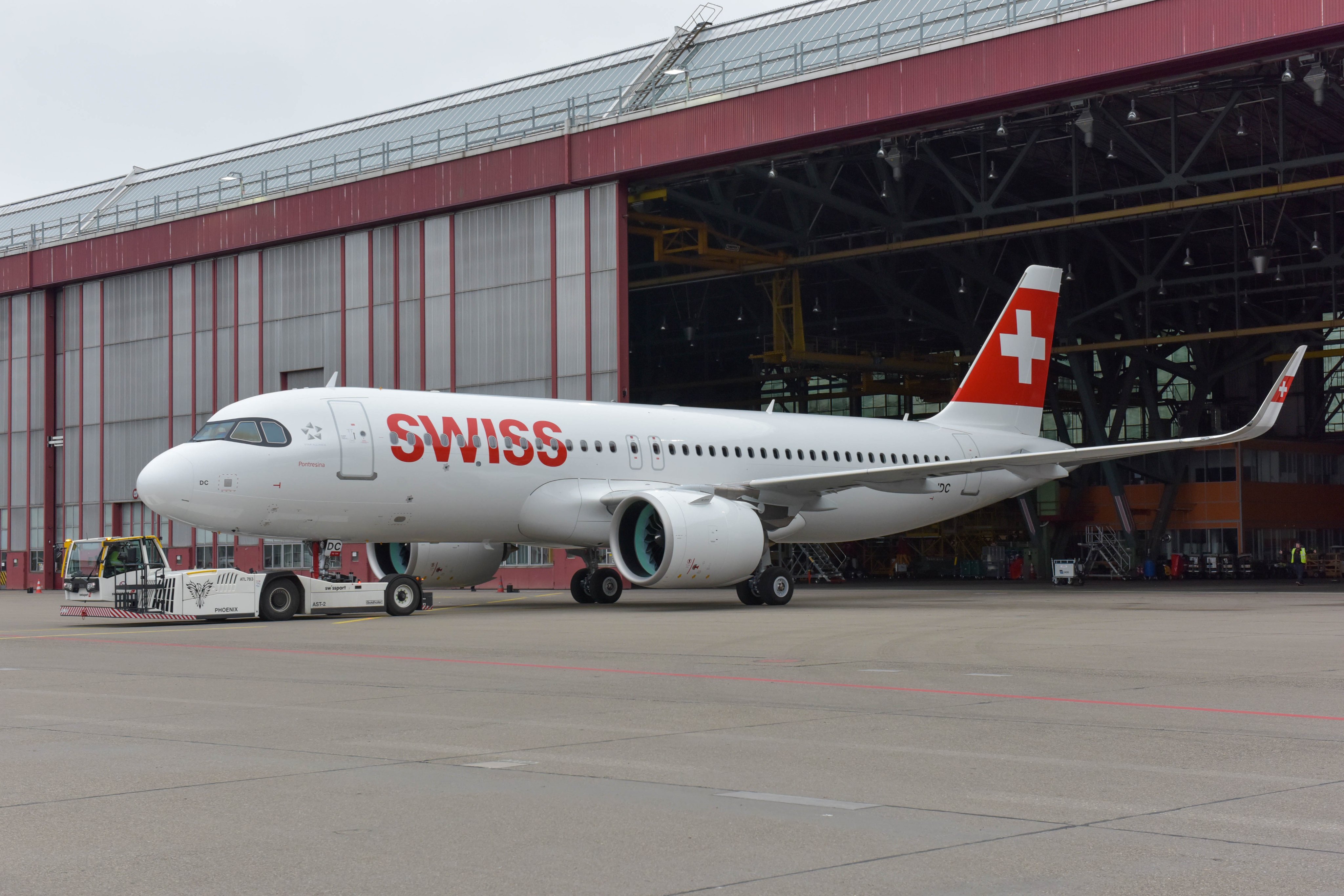 BY DANIEL MENA 208d AGO 0 COMMENTS

This first delivery comes as a part of the airline's recent order for ten A320neos and five A321neos, set to join the fleet over the next several years. The airline has proved heightened interested in the NEO variant, as it placed a second order for seven A320neos and three A321neos just one year later, an investment valued at USD $1 billion. This sets SWISS's total order at 25 A320neo-family aircraft.

“We are delighted that, in committing to these quieter and more efficient models of the tried-and-trusted Airbus A320 family, we can further advance the modernization of our European aircraft fleet,” said SWISS CEO Thomas Klühr.

Much of the value seen in the Airbus NEOs by SWISS mainly concerns its efficiency. The NEO's advanced engine technology, in addition to its modified sharklet design, allows the aircraft to consume 20% less fuel than its non-neo counterpart. Additionally, its engines are designed not only to generate more thrust per fuel volume, but also to reduce noise by almost 50% as opposed to other aircraft of its class.

Once all of SWISS's NEO aircraft are in service. SWISS will be the operator of one of the youngest fleets in Europe.

Airbus has seen large profitability with the A320neo-family, especially in Europe. The aircraft has received more than 7,000 orders across more than 100 customers in its first eleven years of sale. Many airlines, such as United, have also been transitioning out of its primarily-Boeing fleet and making purchases for these aircraft.

NEWS SwissSwiss AirlinesA320A320neoInterior
Our Weekly Digest Straight to Your Inbox Subscribe to receive our weekly aviation newsletter to stay updated on industry news. No spam, no BS. Unsubscribe at any time.