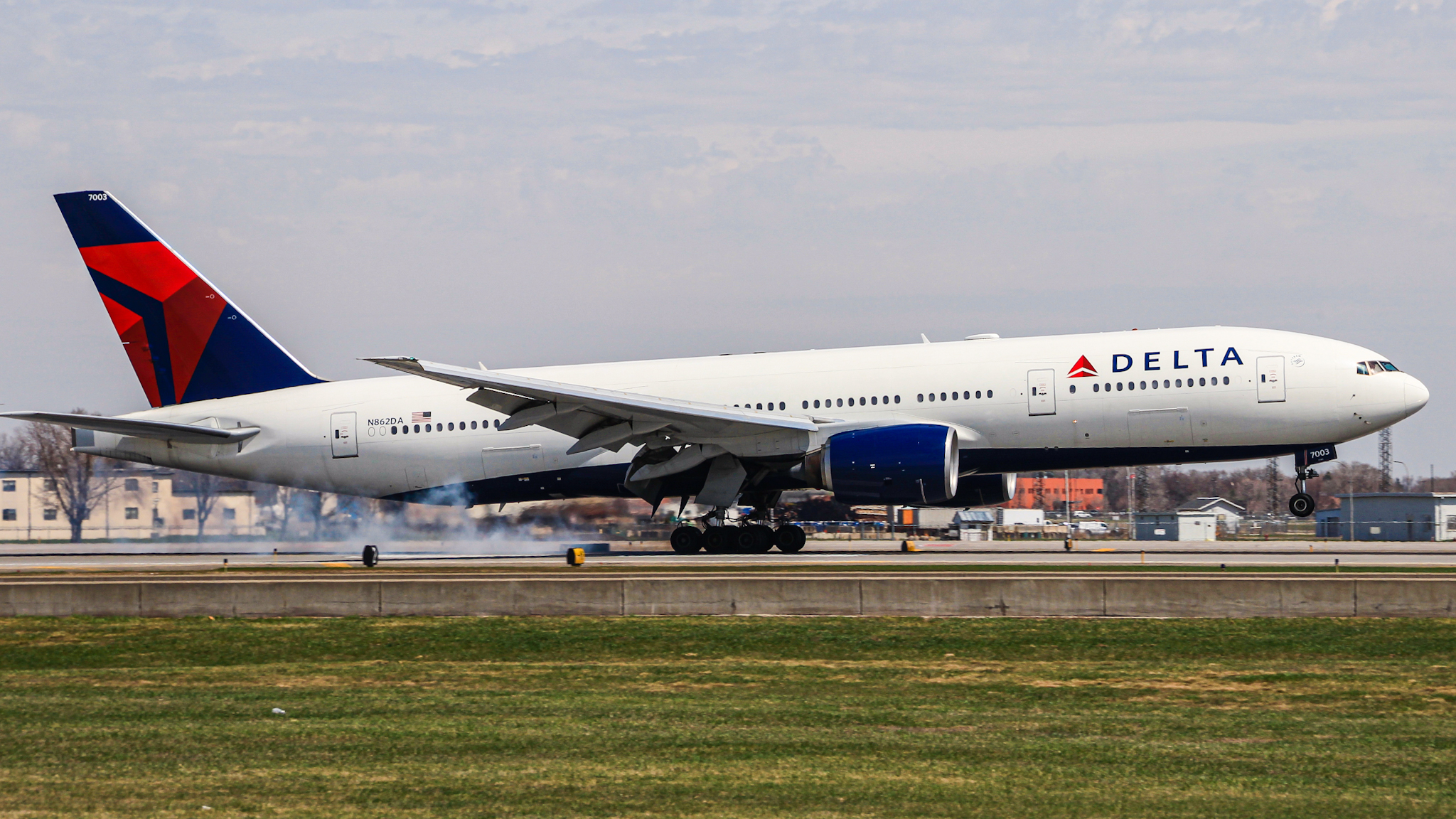 Many airlines have been forced to retire aircraft amid the COVID-19 pandemic due to the drop in demand.  While many airlines have been opting to retire their older aircraft such as the Boeing 757 or 767, Delta has been taking it a step further: they have announced that they will be retiring their Boeing 777s before the end of 2020. Currently, Delta has a fleet of 18 B777-200s, 10 of which being the LR or "Long Range" variant. Delta operates these aircraft mainly on long-haul routes from its hubs in Atlanta(ATL) and Los Angeles(LAX).  Delta first received its 777 in 1999, marking almost 21 years of service for the airliner. Previously, these 777's had received costly refurbishments starting in 2018.  These refurbishments included 28 new Delta One suites and 48 Premium Select Seats, the equivalent of a premium economy product.

Delta is one of the many airlines that have been forced to ground large portions of their fleet due to the pandemic. Unlike many airlines, Delta's large fleet size and route network was even more detrimental to their operations, as they reported a loss of $534 million in just one quarter due to the pandemic. Delta claims they made this decision in order to "accelerate the airline’s strategy to simplify and modernize its fleet, while continuing to operate newer, more cost-efficient aircraft".  Additionally, to support the claim, Ed Bastain points to the fact that Delta is burning through $50 million dollars of cash daily, and parking the fleet would provide significant cash savings.

Recently, Delta has been receiving more of the Airbus A350-900 and A330neo aircraft; these aircraft, being more modern, are much more fuel efficient, saving lots of money for the carrier. According to Delta, the A350-900 burns "21% less fuel per seat" as opposed to the 777. Furthermore, these aircraft can be easily equipped with Delta's new Delta One suites upon delivery, saving money for the carrier. The Boeing 777, on the other hand, must be sent into a special hangar for a retrofit, an operation that can cost the airline up to millions of dollars.

Despite the effects of retirement now, Delta is looking towards the future. Delta has said that they already planned to retire the 777, but the date was just accelerated due to the financial impacts of COVID-19. Gil West, Delta's Chief Operating Officer commented on the matter: "We’re making strategic, cost-effective changes to our fleet to respond to the impact of the COVID-19 pandemic while also ensuring Delta is well-positioned for the recovery on the backside of the crisis."

Delta has not released the date of the final retirement flight, but more information will be posted here when it becomes available.

Previously, Delta announced the retirement of its MD80 and MD90 fleet.  These are scheduled to be retired on June 2nd, 2020.  The MD80 and MD90 have been an integral part of its operations, mainly in its busy Atlanta hub.

Meanwhile, Delta is overstaffed amid the crisis.  According to a memo obtained by Reuters, Delta will be overstaffed by 2,500-3,000 pilots by Q3 of 2021, even accounting for mandatory retirement.  By the fall of this year, Delta will be astoundingly 7,000 pilots overstaffed.  However, Delta is under the CARES act until October, receiving government funding, meaning that they can't layoff any workers.

Delta has been forced to refund consumers for canceled flights due to the pandemic, totaling about $1.2 billion and $160 million so far this month.

What are your thoughts on Delta's retirement plans for the B777?  Do you agree with their decision.  Let us know in the comments below.

NEWS COVID-19 Coronavirus Delta 777 Retirement Delta 777 Delta 777 retirement
Our Weekly Digest Straight to Your Inbox Subscribe to receive our weekly aviation newsletter to stay updated on industry news. No spam, no BS. Unsubscribe at any time.