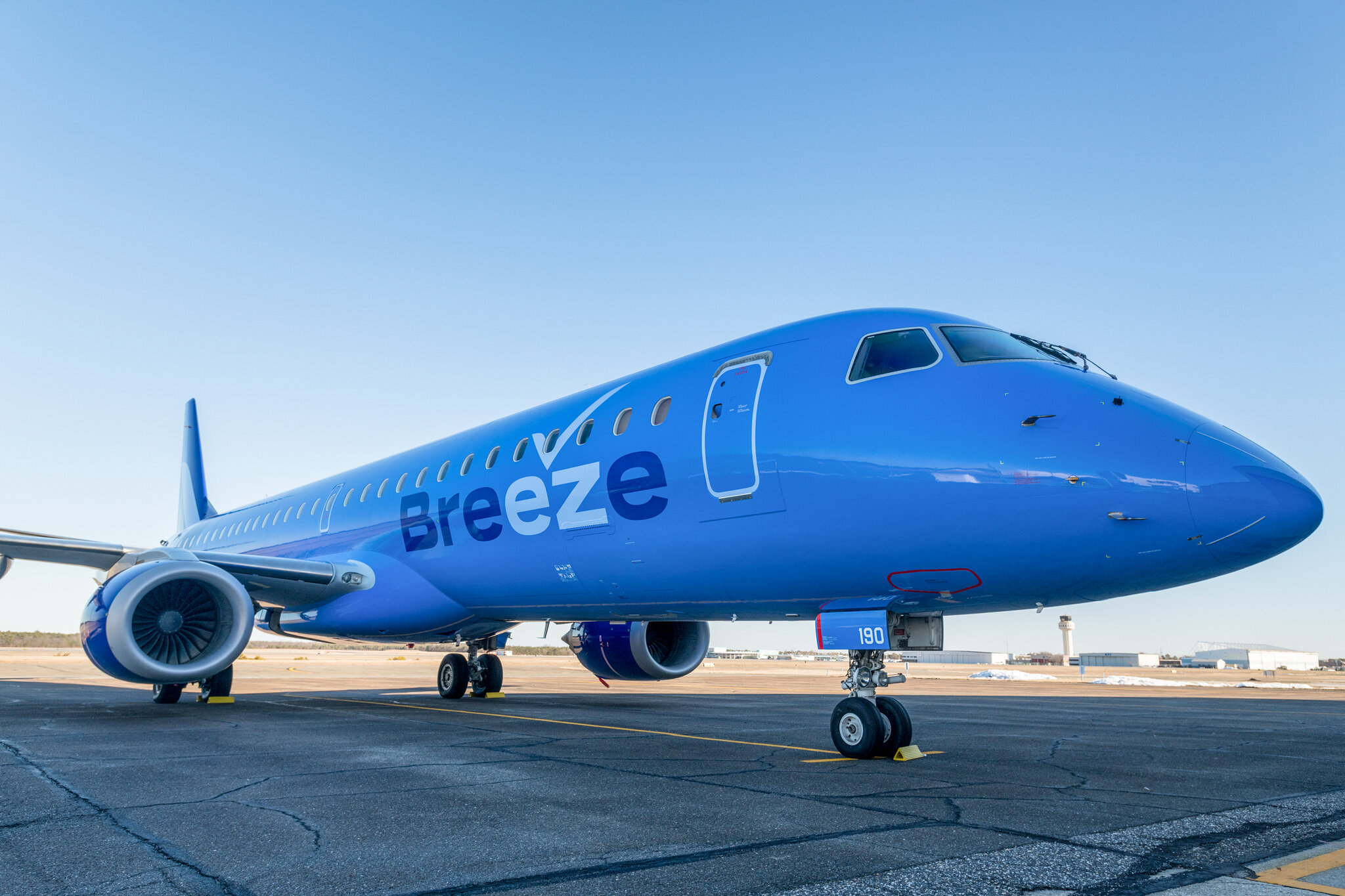 After much anticipation from aviation enthusiasts and airline analysts alike, Breeze Airways has finally opened its website to sell tickets. Breeze is America's newest airline whose goal is to serve underserved routes for ultra-low prices. They plan to maximize their mark in the market by operating to smaller airports in order to lower expenses, then charge passengers fares as low as $40.

Breeze plans to operate at 16 United States airports, launching their inaugural service this Thursday from Tampa to Charleston. The airline will mainly utilize their Embraer E190 on these routes but will swap in A220s once their orders are fulfilled.

It is interesting to see these routes, especially noting that Avelo Airlines recently announced that they would be establishing a base in New Haven, CT, which is just a 40-minute drive from Breeze's station in Hartford. On social media, the two airlines have been communicating positively with one another, even dedicating an Instagram post to the mutual betterment of their airlines. Once things get going and flights begin at full capacity, this relationship could potentially lose its roots.

Based on the route map, it seems that Breeze plans to operate using the point-to-point approach which is widely employed by many other low-cost carriers. They do, however, seem to have bases in Tampa, FL and Charleston, SC. Charleston serves the airline's more northeast destinations, while Tampa seems like a gateway to Breeze's southern destinations.

Breeze Airways sells tickets in two categories: Nice and Nicer. Nicer seats are located near the front of the aircraft and resemble an economy plus seat found on United States legacy carriers.

There is a bright road ahead in American air travel; new low-cost carriers are setting the bar for affordable air travel, connecting people at an unprecedented level. What are your opinions on Breeze and their new route announcement? Leave your thoughts in the comments section below!