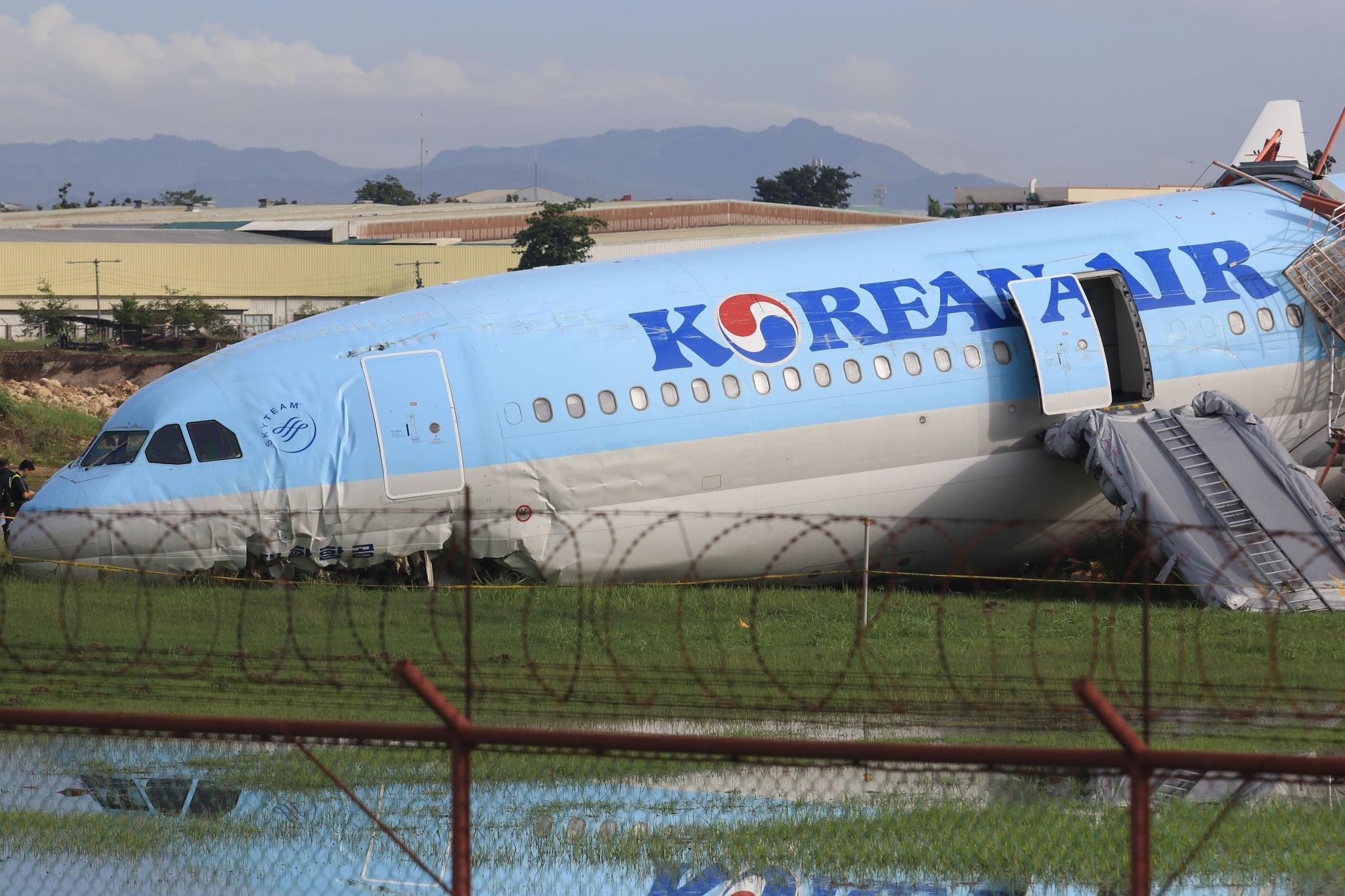 After a long flight from Incheon, South Korea, Korean Air 631 was on final approach to Cebu City Airport but then had to go around due to heavy rain and poor visibility weather at the airport. After the go around, the aircraft was placed in a holding pattern after being advised by air traffic control miles away from the airport.

After an air traffic controller saw what had happened, an emergency response was initiated and emergency equipment was dispatched to the accident. The accident happened right at runway 4. As a result of the accident, traffic that was supposed to arrive at Cebu City had to divert to other suitable airports while the emergency was being handled. Luckily there were no serious injuries reported. Everyone was safely evacuated from the aircraft.  Investigators from both the Philippines and South Korea are investigating the incident.

NEWS #KoreanAir#Accident#Crash#Airbus#AirbusA330#IMC#Weather#Korea
Our Weekly Digest Straight to Your Inbox Subscribe to receive our weekly aviation newsletter to stay updated on industry news. No spam, no BS. Unsubscribe at any time.