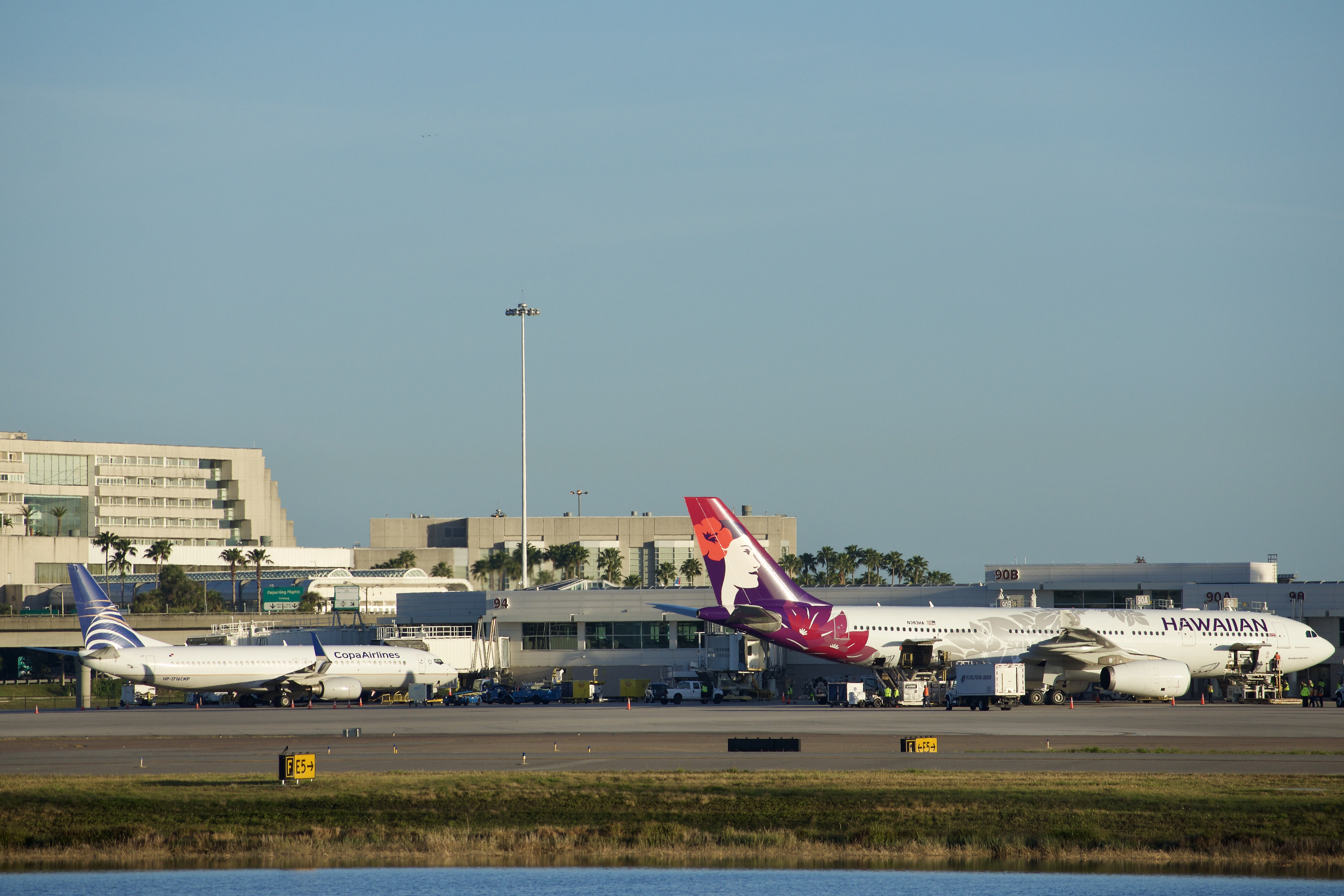 Over 120 flights were delayed as of the afternoon of Saturday, July 9, according to Orlando International Airport, following a fatal car accident that morning. Drivers were seen abandoning their cars in the traffic and walking to the airport in an attempt to make their flights.

Orlando police said the accident happened at around 2:30 a.m. with a Range Rover flipped over after driving off the road and hitting a concrete wall. There were four occupants of the vehicle, with the two front-seat passengers sustaining minor injuries. Unfortunately, the two rear passengers were taken to hospital and later pronounced dead. The cause of the crash is still unknown, despite an ongoing investigation by Orlando police.

Many were unsuccessful in catching their flight and had to be rebooked onto later flights, ultimately causing massive queues and delays throughout the airport. According to passengers, a line of cars had formed for miles back, with some drivers reporting hardly moving 100 yards in an hour. Several pictures and videos across social media show hundreds of cars at a complete standstill in traffic, with many individuals dragging luggage and suitcases down the freeway towards the airport.

Summer in Orlando is already a very busy period, with families frequenting the city for its infamous theme parks and recreational facilities. Thousands of passengers fly into and out of MCO every weekend, and such an incident has made a large impact on an already tight and hard-pressed operation. Families were seen waiting in long lines at check-in desks and security with many of them missing flights as a result.

During the July 4 holiday period specifically, Orlando International Airport almost matched its peak numbers from 2019 with 1.7 million passengers coming through the airport. In a statement, Kevin Thibault, Chief Executive Officer of the Greater Orlando Aviation Authority, states, "Near-record traffic this Fourth of July is an early indicator that the summer of 2022 promises to be extremely busy at Orlando International. “A combination of new routes and new airlines will help fuel even more growth in the months to come."

Not sure if your flight is delayed? Here are a couple of tips to find out. Firstly, it’s always best to check directly with your airline. If you have their app, or you have provided your contact details, usually they will notify you as soon as the flight is delayed or if there is any change in the status of the flight. Be sure to check your phone and email regularly for updates. Most airports also have a flight status checker on their website where you can check the status of your flight. Orlando International also has a function on their website that can advise you on the latest security wait times.

Quinton "Summer in Orlando is already a very busy period, with families frequenting the city for its infamous theme parks and recreational facilities." Why are the theme parks and recreational facilities bad? Does the writer of this article have something against Orlando theme parks, or more likely use words they don't know the meaning of? The Google dictionary defines the word "infamous" as "well known for some bad quality or deed." Please explain yourself, or buy a dictionary.
198d ago • Reply

Dw The title of the article starts with "Hundreds of Flights Delayed..." and then immediately followed by “Over 120 flights were delayed...” seems a little click baitish to me. I think a more appropriate title would have been "Over One Hundred Flights Delayed…" It makes me question how many actual "miles" the traffic was backed up. Also, as frequent flyer I find that the airline is sometimes the last to notify me of a trip delay. Instead, I’ve found that apps like Flighty or FlightAware are better at sending out those notifications first. Plus, it always helps if you’re able to track the plane you’re intended to fly on prior to your flight. This was the case on a recent trip coming home from Cancun. B6 failed to properly update me on how long my delay would be and did nothing to apprise me of the fact that I would miss my connection. Instead, I had to be proactive and find a workaround myself once I checked in at the airport.
202d ago • Reply

NEWS MCO Orlando Orlando International Airport
Our Weekly Digest Straight to Your Inbox Subscribe to receive our weekly aviation newsletter to stay updated on industry news. No spam, no BS. Unsubscribe at any time.