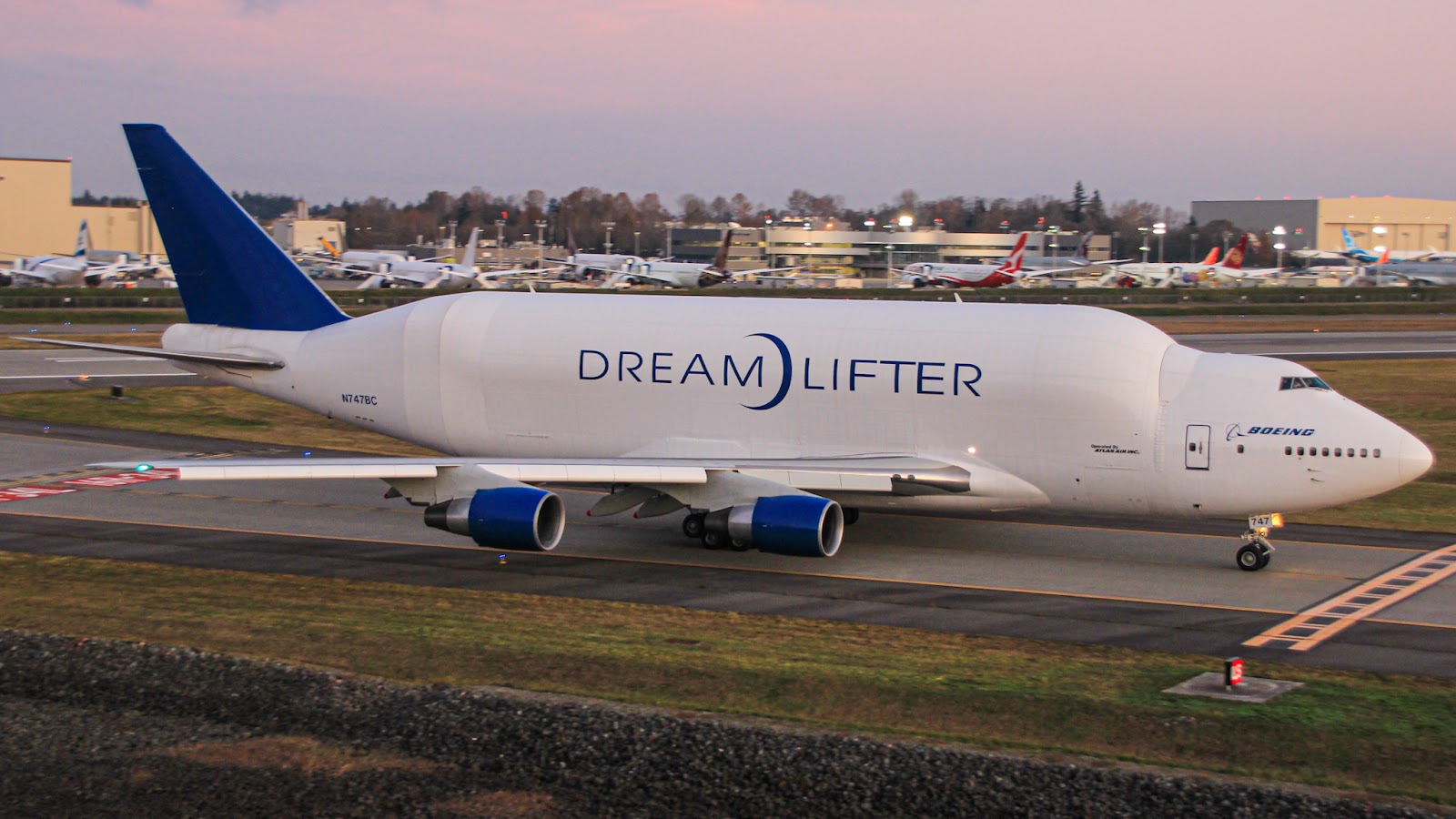 When most avgeeks think of Seattle, they think of many topics, but the most notable of all is Boeing.  This is why Boeing offers tours at the largest building in the world where they construct many jumbo jets.  What do you need to know about the tour?

The tour is located in Mukilteo, WA which is 25 miles north of Seattle, WA.  People meet at the Future of Flight Aviation Center which is located to the NW of Paine Field.  Paine Field is where Boeing tests its widebodies after they are painted and built.  It is recommended that people arrive early for the tour because if you arrive late, your ticket will be forfeited.

There are many restrictions to visiting the tour however.  Children have to be 4+ feet in order to visit the tour.  Children under 16 must be accompanied by an adult.  There are also restrictions into what is allowed to be brought into the tour.  Cameras, electronic devices(phones, pagers) and personal items(purses, bags, backpacks) are not allowed on the tour.  There are free lockers on site or you can just leave your items in your vehicle. 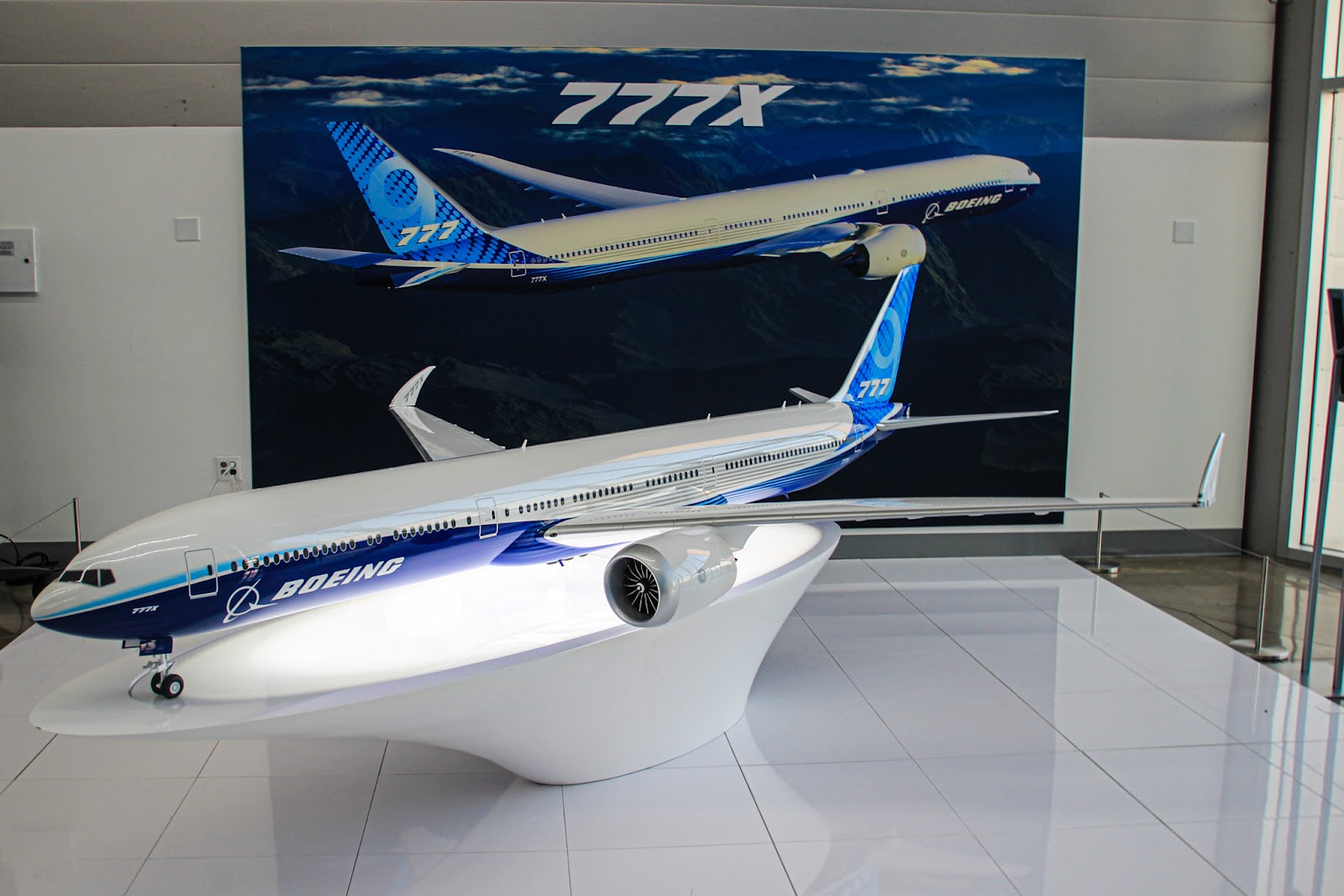 A Boeing 777X at the Boeing Future of Flight

The tour starts in a hallway where they scan your ticket.  Next, the tour group enters a theater where they showcase the history of Boeing via a video.  This is also where they remind you to go to the bathroom and store all the restricted items mentioned above.  After the video, the tour guide escorts you to a tour bus.  From here, it is a quick 5 minute drive to the first stop, the 747/767 factory area.  During the drive, I saw a glimmering Boeing 777X basking in the sunlight.

The bus comes to a stop and the tour group is escorted down steep stairs.  From there, it is a quick walk in a dark corridor and a trip into a freight elevator.  The elevator takes you to a balcony where you view the 747/767 factory.  Their is a part of a 747 fuselage at the balcony which you can touch.  At the factory, I saw an AirBridgeCargo 747 with a registration of VQ-BIO as well as a Fedex and UPS 767.  Another area that the tour guide shows is individual parts being inspected and assembled.  After this, the tour group heads back down the elevator and exits the basement via stairs.

From there, the tour bus drives to the 787/777 factory.  After exiting the tour bus, you climb down some stairs and enter a similar dark corridor.  The tour group walks until they reach another freight elevator.  The elevator leads to a large viewing balcony.  On one side is a view of the 777s being built where an ANA, Swiss, and United 777-300ER being built.  Also, the tour group saw the winglet of a 777X in the distance where the tour guide touted the foldable wingtips.  On the other side is the 787 viewpoint where an El Al 787-8, two Qatar 787-9s, and a Turkish 787-9 were being built.  After an explanation of the 787s features, we exited the facility and drove back to the Future of Flight Center. 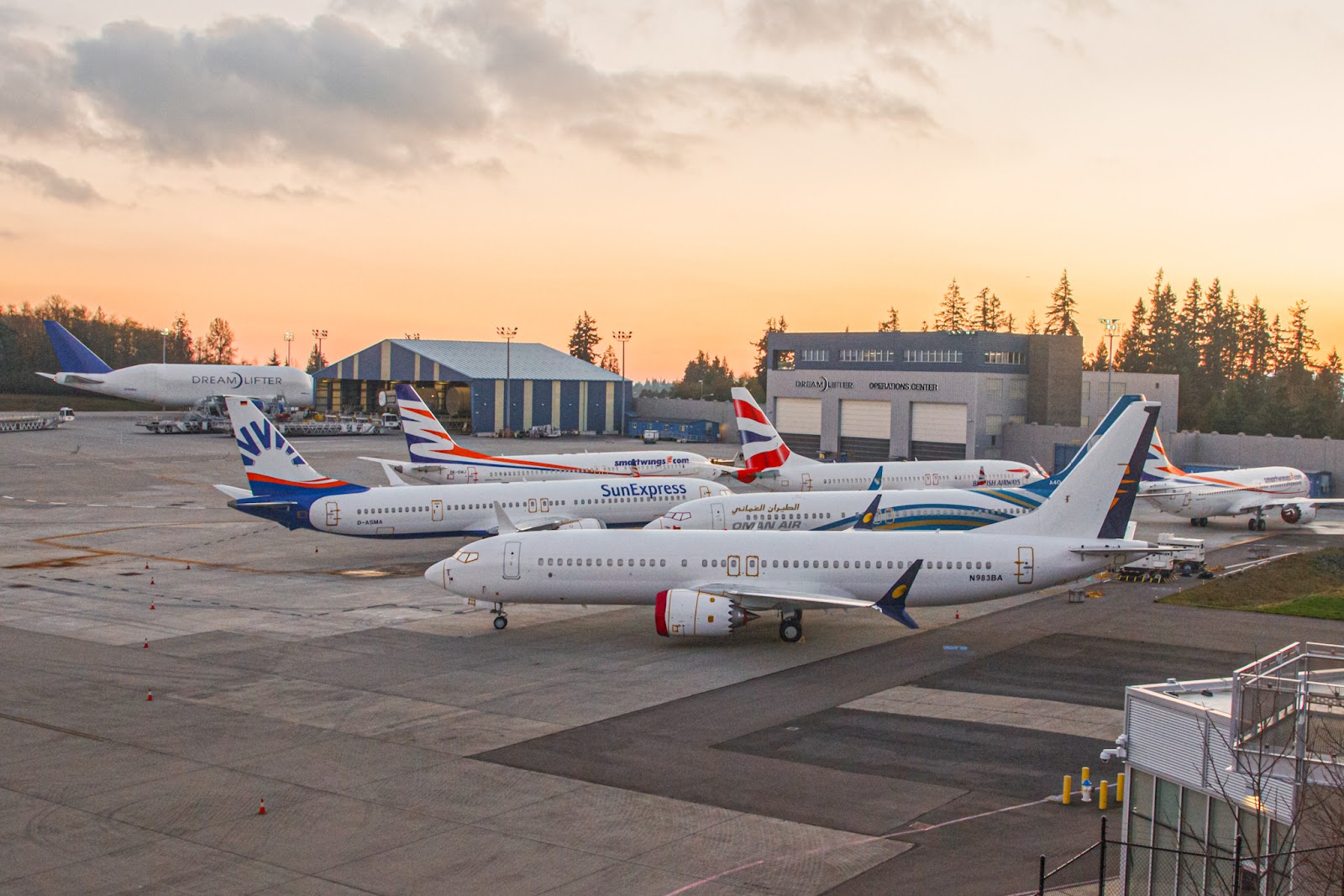 When you get off the tour bus, you are escorted to the Boeing Store where you can buy Boeing merchandise like models or t-shirt.  After this, remember to check out the Future of Flight Aviation Center with interactive areas and showcases the history of Boeing.  Also, check out the observation deck which offers views of Paine Field.  It also offers views of painted and almost delivered aircraft.  If you get lucky, you may be able to see a Boeing Dreamlifter or Antonov A-124.  You may also see Boeing aircraft being delivered or tested.

Overall, the 90 minute tour is a must for anyone visiting Seattle.  Even though there are some downsides(no cameras/phones allowed), the experience of seeing the assembly process for Boeing planes is a special opportunity.  It is also great seeing new aircraft that will soon be flying around the world.  Tell us your thoughts on the Boeing Tour and if you visit, tell us how it went.