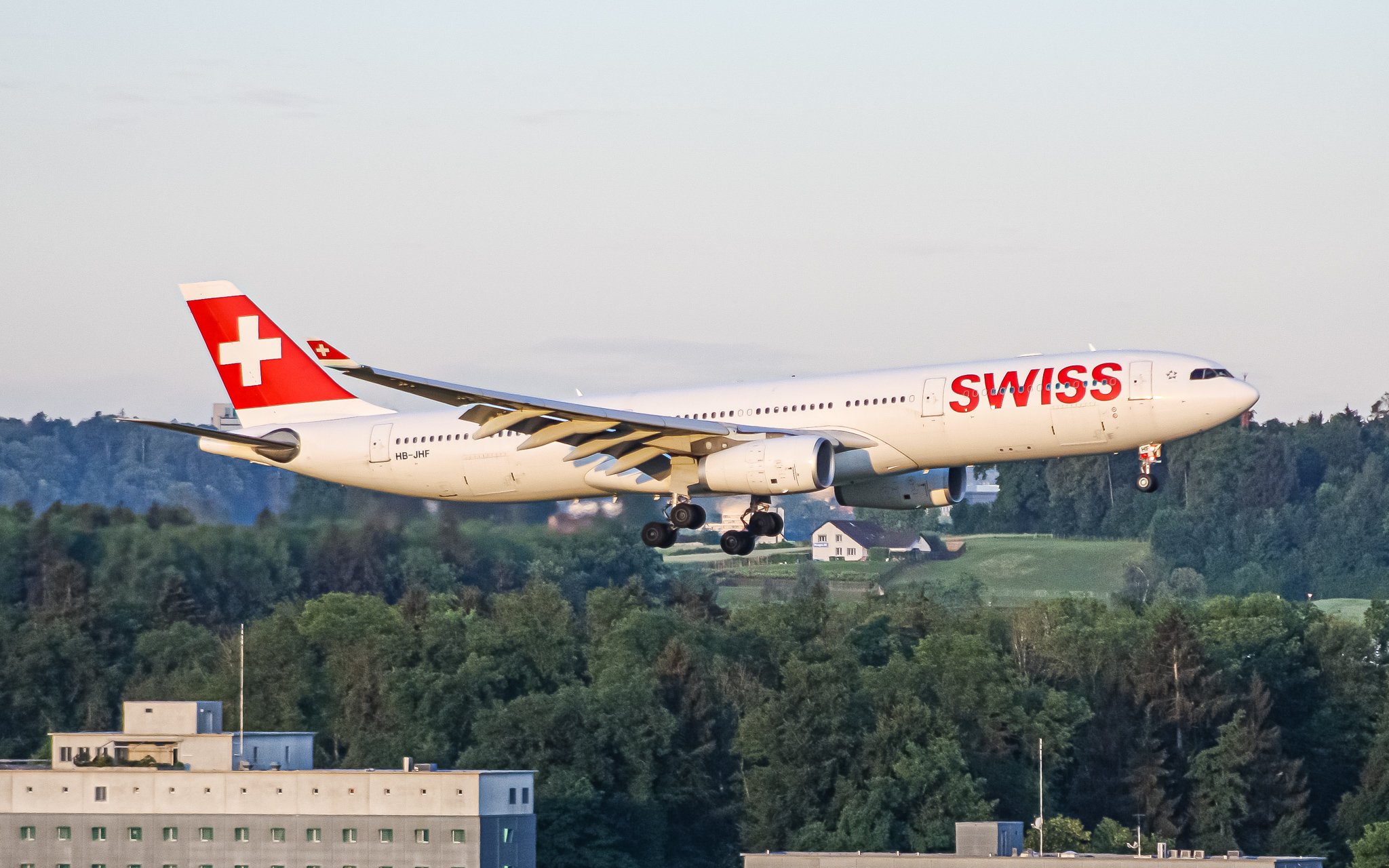 Flying on SWISS From Geneva to New York

Flying on SWISS From Geneva to New York

In July, I flew on SWISS International Air Lines on an eight-hour hop from Geneva to New York-JFK. As a SWISS focus city, Geneva receives its only SWISS transatlantic service via this route. My aircraft, HB-JHJ, was at gate 52 in Geneva (GVA), shortly before taking me across the Atlantic.

SWISS Air Lines' A330-300 economy class product features a 2-4-2 layout, seating 183 economy seats. As the aircraft narrows, the layout becomies 2-3-2 in the last three rows of the aircraft. At each seat, there are IFE screens with USB ports, meeting expectations. Unfortunately, there are no power outlets, but there is Wi-Fi onboard, which is good for allowing passengers to stay connected. Fluffy blankets and pillows are provided to passengers free of charge at every seat.

The legroom provided at each seat is more than adequate for a person of average height. Multiple small pockets are provided beside the standard one containing magazines.

On a long transatlantic hop like this, the quality and selection of movies on the IFE system matters. The screen can be controlled by touch, or by a controller in the armrest. On this flight, it was quite dirty, but this can be fixed via better seat cleaning practices by the ground crew.

As for the selection of entertainment, there are plenty of movies to watch, as well as a smaller amount of TV shows, and games. However, the in-flight entertainment was quite slow.

Users can listen to their entertainment with these headphones that SWISS gives you. They are double jacked, so normal earbuds don't work.

Around one hour after takeoff, the flight attendants started off the primary meal service by handing out crackers.

After this, a hot meal consisting of a hot dish, and four sides were served. The specific main course selected consisted of chicken, potatoes, and asparagus. A piece of cheese, a cracker, quinoa, a hot bread roll, and a tiny piece of cake were also served alongside the hot dish. There was a plentiful drink selection, and I went with were a cup of tomato juice and sparkling water.

In an effort to combat pollution, SWISS provides passengers in all classes with metal utensils.

After the meal services, passengers were given a water bottle.

Despite the age of the aircraft, the aircraft featured nice mood lighting and an ambient atmosphere.

Around two hours before landing, the cabin crew started a secondary meal and drink service. This consisted of a warm custard pie and a small cup of raspberry ice cream. As for my drink, I once again went for tomato juice. Overall, I definitely enjoyed both of the meal services.

To cap off this wonderful flight, SWISS branded chocolates were handed out to all passengers as a small "thank you" gesture for flying the airline.

Overall, this was a wonderful flight. Sure, the IFE system was slow, but the USB ports, comfy seats, pillows, and blankets along with the tasty food made up for it. The flight attendants were kind, and the selection of drinks in economy class is great. If you're going to fly from Switzerland, make sure to do it on SWISS.

TRIP REPORTS SWISS Trip Report Airbus A330 A330-300 Airbus A330
Our Weekly Digest Straight to Your Inbox Subscribe to receive our weekly aviation newsletter to stay updated on industry news. No spam, no BS. Unsubscribe at any time.