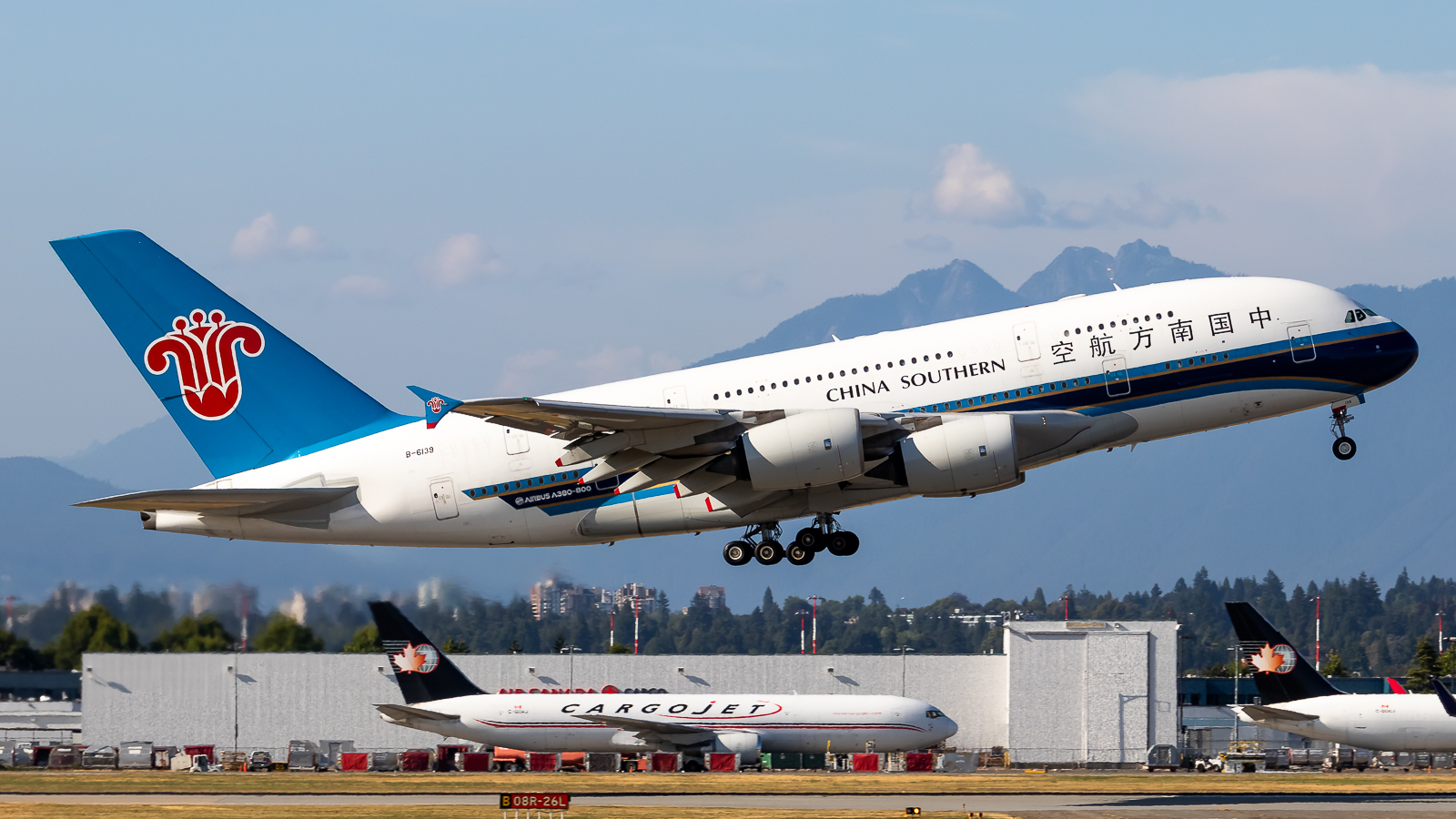 What is China Southern Airlines?

About the CZ Whale

China Southern Airlines received its first A380 on October 12th, 2011, registered as B-6136. At that time, China Southern was the 7th airline in the world to operate the A380, and the first and only operator of the A380 in China. Then the following December, it received its second A380, and three more A380s totaling five. CZ's A380 is powered by four Ritar 900 turbofan engines, and its cabin is a three-cabin layout with a total of 506 seats. So far, China Southern's A380 has only been in service for about 9.8 years, while the normal life expectancy of an A380 can reach up to 20.

Why has China Southern Airlines decided to retire its A380 fleet so early?

China Southern Airlines stated that its A380 is too big for some of their routes, and that some routes aren't even suitable for the A380. China Southern is facing fierce competition, not just from domestic airlines, but internationally as well. CZ is also concerned if its routes will be able to handle the Airbus A380. So far, the only routes the A380 flies are the China-US routes and some of the flights from Europe departing from Guangzhou (CAN), Beijing (PEK), and Shanghai (PVG). But CZ is barely starting any new international routes, and must therefore cut the A380. Moreover, China Southern Airlines was the only airline operating the A380 throughout the COVID-19 pandemic, which heavily reduced passenger numbers and created increased pressure to retire the A380.

NEWS china southernchina southern airlinesa380airbus a380
Our Weekly Digest Straight to Your Inbox Subscribe to receive our weekly aviation newsletter to stay updated on industry news. No spam, no BS. Unsubscribe at any time.