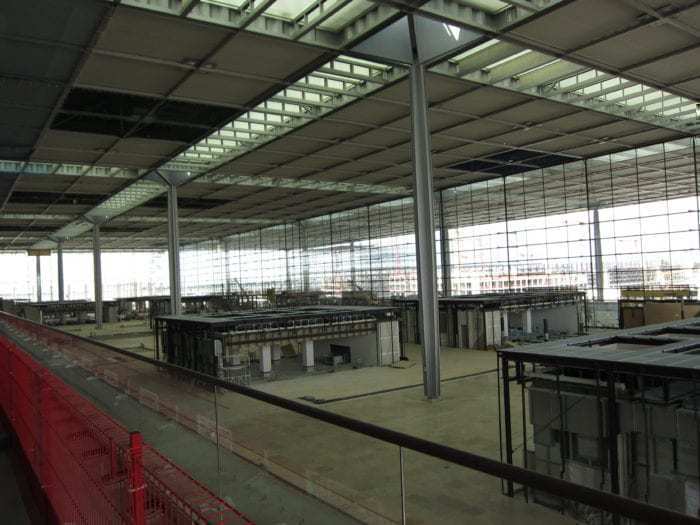 Berlin Brandenburg International Airport began construction in 2006. The due opening date was 2011, however, the airport ran into several problems pushing the opening date back 2 years for completion in 2013. Yet again safety and economic concerns threw this plan up into the air. On October 31, 2020, the airport finally opened, 14 years after it began construction and 9 years past the original deadline. Was this the end of the problems for the airport? The answer to that question looks unfortunately bleak.

On October 31, 2020, just 2 out of a total 5 terminals opened. While that does mean the airport is open at a reduced capacity, flights were heavily impacted by the onset of the COVID-19 pandemic. Passenger numbers were less than 6% of the forecasted passenger numbers in 2021.

According to a CNN news report published December 13, 2021, the airport is allegedly nothing like what was expected as passengers have. Passengers have reported dirty toilets, and most recently on November 5, a full airport evacuation was triggered after a passenger smoking in the toilets set the fire alarms at the airport off. Staff shortages also led to delays and missed flights in Germany's fall summer holiday season in October because check-in and security lines were so long that passengers had to abandon plans to fly because of slow-moving queues.

As a part of its opening plan, Brandenburg airport to open another terminal, Terminal 2, by 2026. This would cost approximately $2.7 billion USD, a staggering loss that seems to only be increasing. It is hoped a solution will be found to this loss and staff shortages and that the airport will open fully before 2026.

NEWS covidberlinbrandenburgstaffshortagesflyingpassengersaviation
Our Weekly Digest Straight to Your Inbox Subscribe to receive our weekly aviation newsletter to stay updated on industry news. No spam, no BS. Unsubscribe at any time.