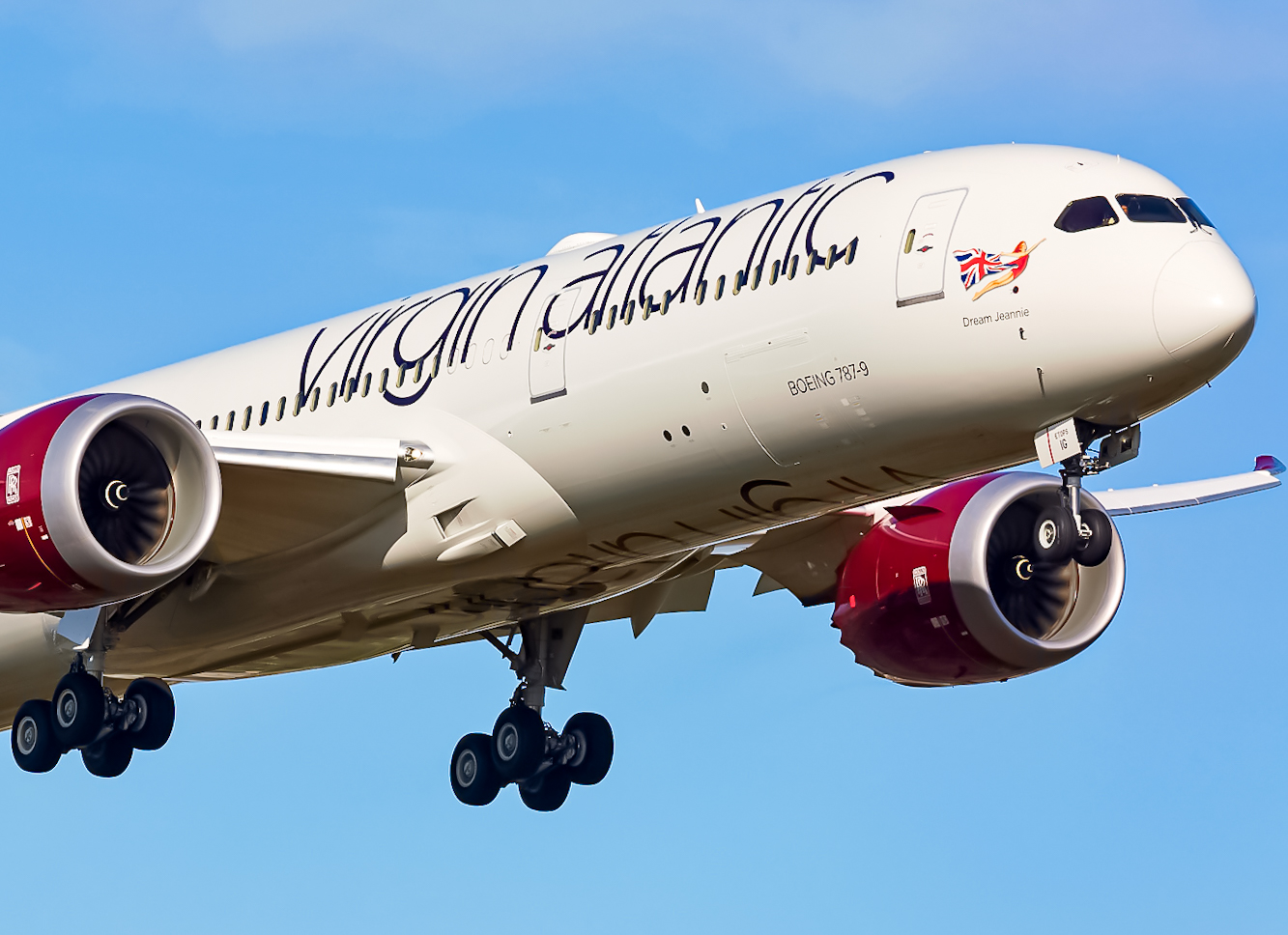 Behind the Names and Registrations of Virgin Atlantic Aircraft

Behind the Names and Registrations of Virgin Atlantic Aircraft

Naming aircraft is certainly not a new tradition. The majority of aviation jargon and lingo stemmed from shipping, and the world of aviation adopted these traditions very early on. And whilst giving an aircraft a name is something that many airlines do, most chosen names are to do with a famous city, landmarks, or notable individuals. Virgin Atlantic prefers to add a bit of a twist whilst adding some classy, British panache on the side.

But, what’s in a name? First of all, British aircraft registrations begin with a G- followed by four letters. It’s important to note that Virgin Atlantic ensures there’s always some link between the aircraft name and its registration, so the airline adopts a V after the G, resulting in an arbitrary registration G-VXXX. This means the airline has three letters to play around with in accordance with the chosen name. And how they do this can be very entertaining, sometimes resulting in a fun little game to attempt to work out the relationship between the two.

Sometimes the links between the name and registration are fairly obvious, as with ‘Miss Moneypenny’ which is registered G-VSPY. Some more tenuous such as ‘West End Girl’, G-VMAP, and others which seemingly make no sense whatsoever, as with ‘Ruby Tuesday’, G-VXLG.

Virgin Atlantic’s whole naming tradition began with its founder, Richard Branson. He noticed that everyone tended to refer to aircraft by the last two letters of its registration, for example ‘Romeo-Golf’. He thought this was rather bland, and adopted yet another tradition from shipping by naming all aircraft by female names. This resulted in the very first Virgin Atlantic aircraft G-VIRG being named rather fittingly ‘Maiden Voyager’. The airline’s names take inspiration from various avenues, particularly if there is a British link involved, often drawing from music, film, literature, food, and Cockney rhyming slang. For those who aren’t familiar, Cockney rhyming slang usually incorporates taking a word or phrase that rhymes with the word it should be representing. For example, ‘Rosie Lee’ is rhyming slang for tea. Therefore the airline chose G-VTEA as the registration for the named A350.

INFORMATIONAL Virgin AtlanticBritainUnited KingdomLondonRegistrations
Our Weekly Digest Straight to Your Inbox Subscribe to receive our weekly aviation newsletter to stay updated on industry news. No spam, no BS. Unsubscribe at any time.