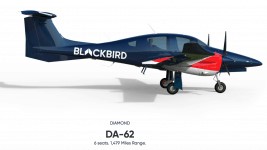 A New Uber, but For Airplanes

A New Uber, but For Airplanes

A new app was released, named BlackBird, which pairs private pilots to customers for as little as $50 per flight, is becoming more and more popular in the California area. Customers simply input a route to their app, pay a fee, and they are paired with a private pilot willing to take them on that flight.

Recently, though, there has been some warnings by the FAA about this software."If you pay for a charter flight you are entitled to a higher level of safety than is required from a free flight from a friend," the agency said in an unusually pointed public statement. Though Blackbird insists that they are not an air carrier or a private plane company, the FAA isn't buying it. They believe that because of the scale of Blackbird's users and the similar management as that of an airline, they should be subject to airline regulations when flying.

Although the FAA has tried to warn Blackbird customers about its dangers, the company has disclaimers on their website urging that these allegations are false. The FAA classifies any movement of people for compensation as a business falling under the category of charter/commercial aviation, but Blackbird claims that their pilots are just flying for leisure, and the passengers are just "tagging along". Despite this, the FAA said last week, "We have little trouble concluding that the pilots listed on BlackBird's pilot database selected by the user are transporting persons or property, from place to place, for compensation. Despite BlackBird's assertion that the pilots are not transporting persons or property, it is clear that they are being hired for that very purpose."

What do you think? Leave your opinions in the comments section below.

INFORMATIONAL california uber plane airplane rideshare TheExplorerBlog
Our Weekly Digest Straight to Your Inbox Subscribe to receive our weekly aviation newsletter to stay updated on industry news. No spam, no BS. Unsubscribe at any time.