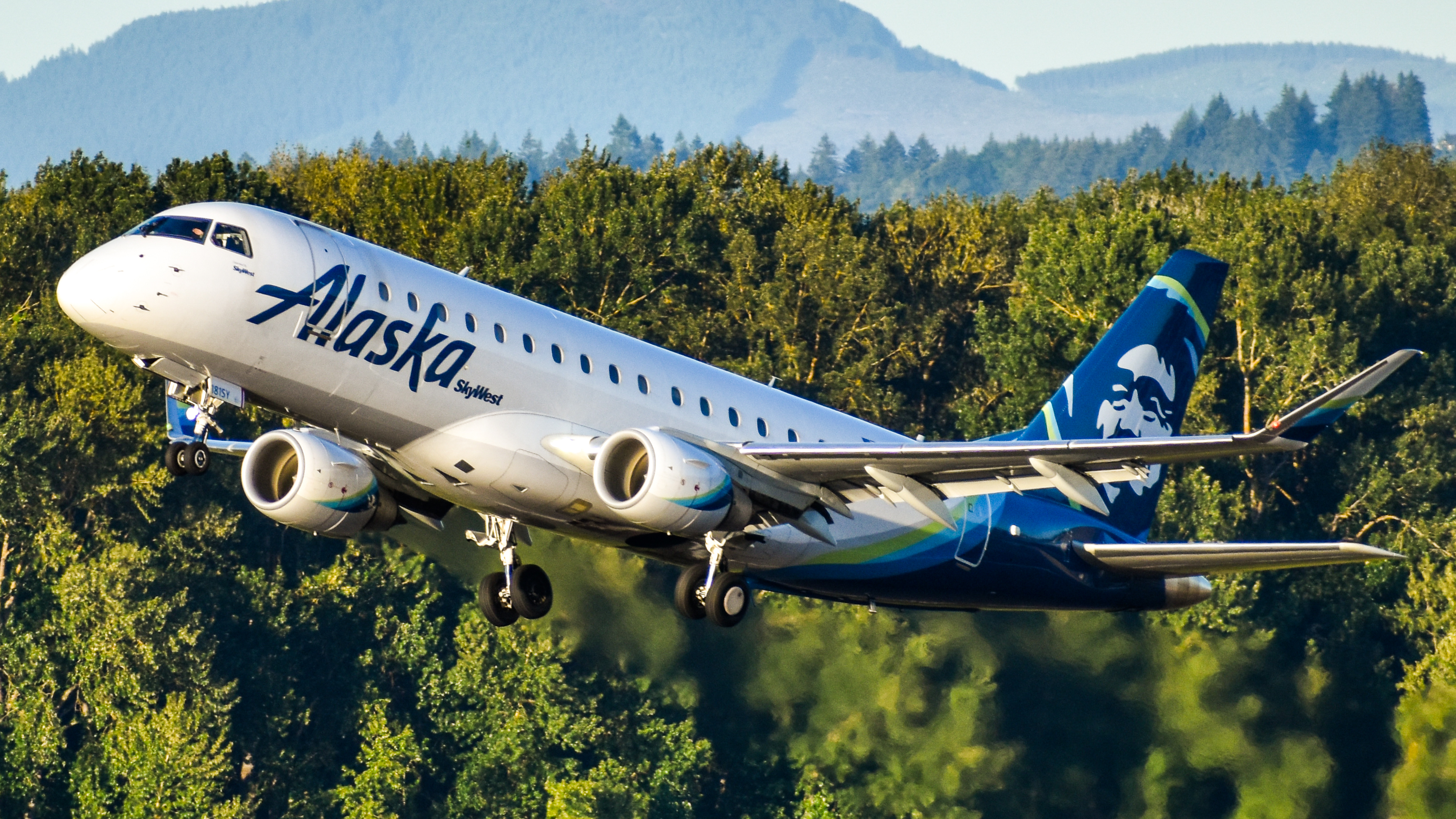 An airplane is the result of very complex engineering and requires several systems to work in harmony with each other, just like the human body. So naturally, airplanes can make a wide variety of noises. Unfortunately, many travelers are not accustomed to these noises, and therefore quite a few of them can sound unsettling or even ominous. Unfamiliar aircraft sounds tend to be one of the most common reasons to cause nervousness onboard, so here is a breakdown of a few of the most common ones you may hear on your next flight.

Let’s begin at your seat. You’re just getting settled in, other passengers are still boarding and you hear a few knocks, as if things are being thrown around under your seat. The most likely explanation is that the ground crew is working hard to load your bags and other cargo onto the aircraft in the belly of the plane. The bags and cargo pallets tend to make a lot of noise as they are moved around in the cargo bays. Shortly following this, depending on the aircraft, you may hear a high-pitched whine for around 30 seconds. This will be the ground crew closing the electronically operated cargo doors to prepare the aircraft for departure.

The next sound you might hear is distinctive and unique to a particular aircraft. It’s fairly obvious to most when the engines are starting up, but during this process, you may hear a noise that is unique to the Airbus A320 family. Most describe it as a dog barking or a pneumatic drill. This typically occurs upon startup of the second engine and is a result of something called a Power Transfer Unit (PTU). This is responsible for ensuring hydraulic power can be transferred between systems in the event of a failure and performs a self test during engine startup. It can sound quite alarming, but in this case there is nothing to worry about. In fact, it has become something of an anticipated event among Avgeeks and frequent Airbus flyers. Due to its location on the aircraft, those seated close to the wings are more likely to hear it, but those seated in other areas may also be able to hear it as it does tend to be fairly loud.

Once the engines have spooled up and the aircraft begins to lift off the ground, depending on where you are seated, you may hear a loud whooshing combined with a couple of knocks as if a closet door is being closed. This is the landing gear being retracted into its wheel wells, followed the landing gear doors closing just a few seconds afterwards. It may go strangely quiet following this, and those seated forward of the wing may hear the pitch of the engines change quite noticeably and suddenly as the aircraft begins to pitch down slightly. This is the pilot transitioning the aircraft from takeoff to the climb phase, which doesn’t require as high of a thrust setting and pitch attitude as takeoff does. Until the final stages of the flight, there isn’t much else to take notice of other than the views out of the window!

After descending, as the pilots begin the approach, they have to start slowing down the aircraft and preparing it for landing. One of the ways they do this is by using flaps and slats that extend from the wings. Depending on the aircraft, there could be a loud whining or whirring noise as they are extended on approach or retracted after takeoff. It is also normal for things to get quite loud and shaky upon touchdown, as the aircraft slows down on the runway and the pilot uses reverse thrust to help the aircraft reach taxiing speeds. Reverse thrust tends to produce a lot of noise depending on how much of it the pilot chooses to use, but is perfectly normal.

Those were a few of the most common sounds you might hear onboard an aircraft. Hopefully these explanations put you at ease for the next time you fly. If there are any other weird and wonderful sounds you have heard onboard during your travels that you would like explained or any others that you feel should have made the list, feel free to let us know below!

Kip Zirkel One noise we hear frequently sounds just like a baby crying, no matter what the parents do to quell the disturbing noise. This appears to occur more often upon descent as the cabin air pressure begins to increase, as the presumed baby is not yet able to equalize the air pressure with the middle ear cavity. It is nothing to worry about, unless you are seated directly in front of said baby and wanting to take a nap.
13d ago • Reply

Sergio Khayat Some other forgotten noises are the landing gear being deployed before landing, especially when it locks., and there is a silent and uncomfortable moment in summer, when the Ground energy is disconnected , the apu is on but the air conditioning is turned off to generate extra power for starting the engines.
13d ago • Reply

James Wall On an AirMic flight many years ago in Micronesia the 727Combi I was on suffered a failed center engine on takeoff. The pilot described it as “disintegrating”. What I heard was a loud pop, but not that different from the gear doors closing on takeoff. How do you tell the difference in sound? The pilot said we were fine but could not return to the airport we just left (Pohnpei I think, might have been Kosrae) as the runway was too short for an emergency landing and besides the airport had inadequate crash facilities. He added that with the center engine out we would not be able to make the next airport with suitable crash facilities, that being Honolulu. That focuses the mind. Not too long later the pilot came back on and said the US military on Kwajalein had agreed to let us use their airport as they had extensive crash facilities. On landing there were a significant number of fire trucks and other emergency vehicles out to meet us. None were needed as the landing went smoothly. We then spent a night at Kwajalein restricted to Bachelor officer quarters waiting for a replacement aircraft from Honolulu to come retrieve us.
13d ago • Reply

John When starting an engine without an Auxiliary Power Unit, the ground air cart puts out a very loud whining noise. Chimes and bells. Pilots often send signals to the flight attendants by cycling a chime or seatbelt sign. You may hear this prior to takeoff or prior to commencing an approach. On a turboprop if ice builds on the propellers it sheds off and hits the side of the fuselage very loudly. It can be distressing when you don’t know what it is. Older CRJ aircraft often have the wing spar “migrate” or shrink as the airplane cools during the climb out. A very loud clunk. It’s normal but sounds distressing.
13d ago • Reply

Ejohn One noise I didn't hear mentioned, occurs approaching an airport, approximately 20-25 miles out. (We lived on the approach path to SeaTac for many years.) Flaps have been deployed but not the landing gear and aircraft is typically at 5000-8000 feet. (Thanks FlightAware!) There is a descending whirring noise which lasts 3-5 seconds. I can hear it on the plane and on the ground. Any ideas?
12d ago • Reply

INFORMATIONAL takeofflandingnoisesnervousflyers
Our Weekly Digest Straight to Your Inbox Subscribe to receive our weekly aviation newsletter to stay updated on industry news. No spam, no BS. Unsubscribe at any time.