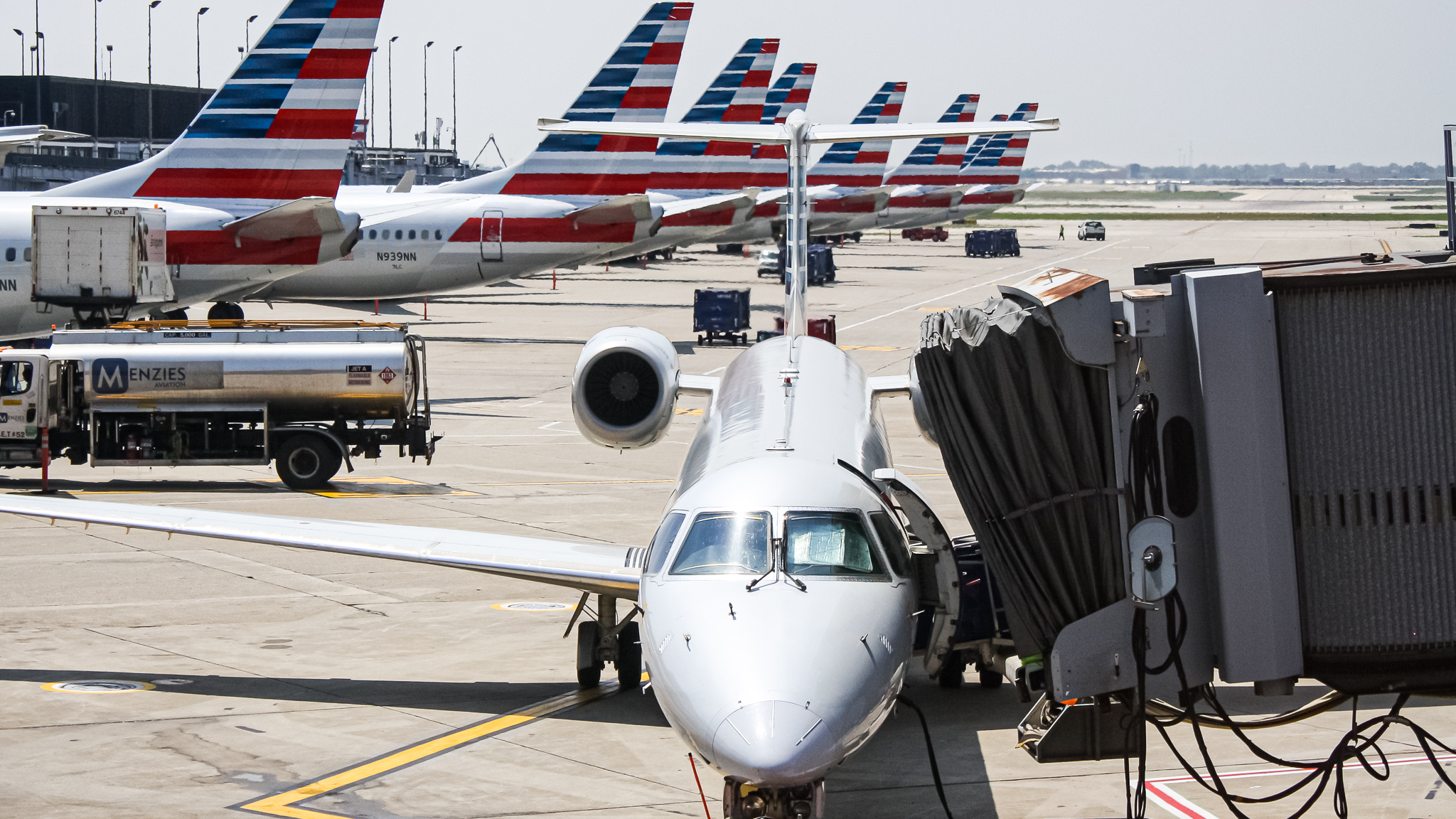 The Federal Aviation Administration has fined the city of Chicago $1,500,000, only months after a separate $1.3 million fine. The fine comes after a plane slid off Runway 10L at Chicago O'Hare International Airport (ORD). An American Eagle E145LR, N619AE, operating as Envoy Airlines Flight 4215, slid off the runway in November of 2019.

On November 11, 2019, ORD was under slick and snowy conditions. According to the FAA, "at least two consecutive flight crews reported poor braking action three separate times after landing on Runway 10-Left” at O'Hare. Braking action is a description of how easily an aircraft can stop after landing. Poor braking action means the pilots had trouble stopping their aircraft post touchdown.

The Chicago Department of Aviation, which oversees Chicago O'Hare Airport as well as Chicago Midway Airport, has a "snow and ice patrol plan" that, according to the FAA, mandates "the airport to take specific safety actions if two consecutive flight crews report poor braking action after landing," which is happened in this case. The FAA, however, says the CDA "failed to limit operations on that runway, conduct a runway condition assessment, inform airlines about potentially unsafe conditions or limit operations to safe portions of the airport" and allowed 43 more aircraft to land on the problematic runway after the two consecutive reports of poor braking action.

Eventually, an aircraft slid off the runway, an accident that was bound to happen due to the fact no action was being taken against the dangerous conditions. Luckily, no one was hurt.

The hefty fine comes only a few months after the CDA was fined $1.3 million dollars by the FAA. This fine was due to the alleged violation of aircraft rescue and firefighter training regulations last year, after firefighters operated on vehicles they weren't fully trained on. Three firefighters at ORD were working on a turret vehicle despite them not having completed proper training. A Chicago Fire Department lieutenant allegedly falsified 13 training regulations, lying and saying he completed the training.

CDA officials said "The safety and security of our airports is our highest priority, and our track record of delivering more than 105 million passengers safely to their destinations every year speaks for itself," and called the fire department a "vital partner in these efforts." They also said that "Upon learning of these serious allegations, CDA immediately began working with the FAA and CFD to initiate a series of actions, including leadership changes and the retraining of [Aircraft Rescue and Fire Fighting] personnel to ensure all firefighters have the proper training and certifications to operate at the airports...

Additionally, CFD training methods and record keeping practices have been overhauled to ensure those qualifications are tracked properly. This was all completed in 2019."

CDA commissioner Jamie Rhee's spokesperson, Matt McGrath, says the city plans to challenge the most recent fine. He says "We do not agree with the findings and allegations as laid out here and intend to avail ourselves of our right to submit additional and mitigating information. We’re not going to discuss this outside of the proper venue, which in this case is the FAA administrative process.” McGrath would not go into detail about his agency believes occurred on the snowy day of the incident.

ORD runways have been the cause of several incidents with snowy or wet conditions. The FAA noted in the fine that they had issued a warning letter in January 2017, which concerned similar violations at ORD in 2015 and 2016. One of these incidents occurred shortly after Christmas of 2015, when city crews allowed aircraft to continue to land on runways even though pilot "reports indicated conditions were deteriorating." As planes took off and landed, several lost parts, and one aircraft had to perform an aborted takeoff after it hit an unidentified piece of debris on the runway during its takeoff roll.

Additionally, there have been reports of mishaps with ground vehicles and even other aircraft accidentally crossing active runways.

If you want to read the full notice from the FAA to the CDA, you can do so here:  https://docs.google.com/viewerng/viewer?url=https://cdn.vox-cdn.com/uploads/chorus_asset/file/21825977/20CPCDA__1_.pdf.

Do you think that the CDA is to blame? Does the airport and department deserve all the backlash? Let us know you're thoughts on the situation.