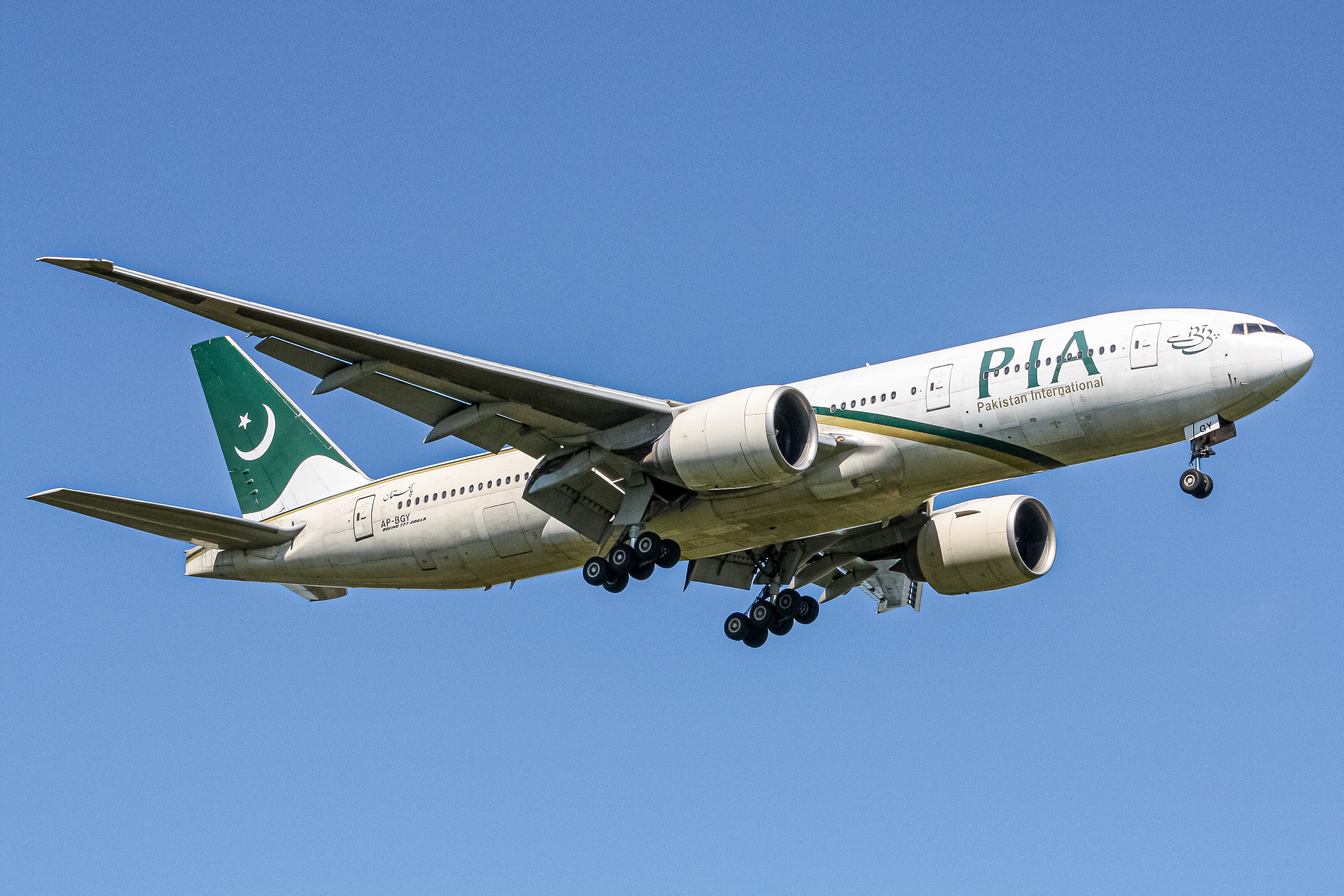 On May 22nd, 2020, a Pakistan International Airlines A320 crashed moments before landing in Karachi.  The devastating moments were captured on graphic video via CCTV and in images before the crash.  The cause of the crash is currently under investigation.

At 1:05 P.M., local Lahore time, PK flight 8303 took off from Lahore.  The flight was uneventful for the most part after takeoff.  Initially, upon landing, they were on the ILS for 25L at Karachi's airport.  The pilot says, "We are comfortable now and we're out of 3500' for 3000' established ILS 25L."  These ATC communications are courtesy of LiveATC.  According to Flightradar24, at around 2:34 P.M. local Karachi time, Pakistan International Airlines flight 8303 aborted a landing at 275 feet and performed a go-around.  Early signs cited a landing gear issue.

The aircraft climbed to around 3,175 feet and the aircraft tried to perform another landing.  During the go-around, the aircraft struggled to maintain 2,000' when directed to climb to 3,000'. Shortly after the captain declared that they had lost their engines.  Shortly after, Pakistan International Airlines declared Mayday.  The signal was lost at 2:40 P.M. local Karachi time, when the aircraft was at 525 feet.

The aircraft crashed in a residential area one mile from runway 25L.  Images of the aircraft before crashing show its RAM turbine deployed.  These are only deployed to allow critical systems to function when there is a loss of the primary source of power.  Additionally, the images showcase damage to the underside of the engines.  The cause of these is still unclear.

An official report from Pakistan's Civil Aviation Authority shows that the engines had been scraped three times upon landing.  One of those scrapes could have attributed to damage to the engine's oil tank.  Additionally, in the report, it questions why alarm systems did not go off for the aircraft.  Overall, the report cites either pilot error or a "technical failure" as possible causes.

The aircraft involved in the crash is AP-BLD, a CFM-56 powered jet which started service in 2004 and entered service with PIA in 2014. It has accumulated around 47,100 hours over 25,860 cycles. Since, March 21st, the aircraft had operated 8 flights.  Amid COVID-19, the aircraft has been forced to operate less flights due to the reduction in demand and travel restrictions. The day before the crash, the aircraft flew PK8232 from Muscat to Lahore.  The aircraft underwent an A-check in March and on May 21st, its last maintenance check, there were no issues spotted with the aircraft.

Recently, the black box was recovered from the flight.  This will help crash investigators determine what exactly happened during the crash.  The data will be collected from the black box's flight data recorder and cockpit voice recorder.

Many people sent condolences to the family members involved in the crash.  Pakistani Prime Minister Imran Khan stated, "Shocked & saddened by the PIA crash. Am in touch with PIA CEO Arshad Malik, who has left for Karachi & with the rescue & relief teams on ground as this is the priority right now. Immediate inquiry will be instituted. Prayers & condolences go to families of the deceased."  Additionally, Indian Premier Narendra Modi and Canadian Prime Minister Justin Trudeau tweeted their condolences.

TheExplorerBlog sends their condolences to all of those involved in the crash.