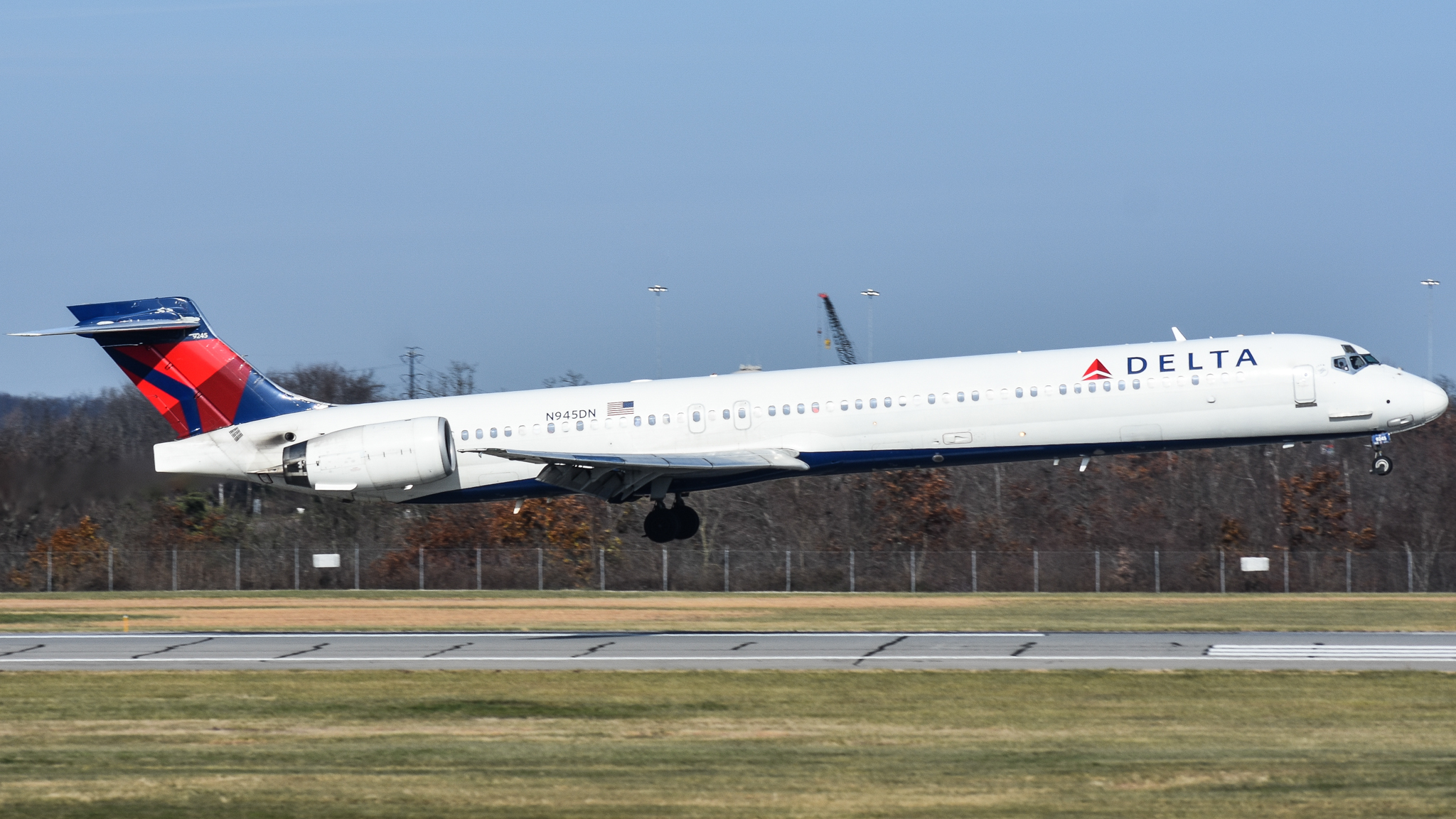 Back in May, I decided to take a last minute trip to Houston in order to fly on Delta's few remaining MD-90 aircraft. I was originally going to fly to Atlanta out of Sarasota, but ended up changing my flights due to COVID-19.

On the morning of the flight, I had to wake up early due to the fact that the flight departed at 7:25A.M. Getting to the airport was fairly quick and easy due to the lack of demand. The best part of any trip is when you step into the airport. This time was no different. Check-in and security were not that long due to people staying at home. Once I arrived at the gate, I was amazed at the true beauty of the MD-90 and was both happy and sad due to the fact that I was flying on the MD-90 for the first and only time in my life.

There were about 70 people at the gate waiting to board, but were only just getting from A to B.  Most people were wearing their masks, as was I. Before boarding started, I was allowed to pre-board to get cabin shots and look at the cabin before people started getting on. Once I got my cabin shots I headed to seat 34E which is where I would sit for the next 2 hours.

The pushback and taxi were uneventful, but I was amazed the sound of the IAE V2500 engines on the MD-90. Within about 5 minutes of leaving the gate, we were ready for departure. Hearing the 2 IAE engines spoil up was a sound I will remember for a long time. The takeoff was quick and steep. The climb out of Houston was amazing as the sound of the engines filled the rear cabin. I was also lucky enough to hear the engines spook up twice as during the departure, the pilots leveled out at about 4,000 feet for a minute.

The rest of the climb was normal and soon enough food and beverage service started. During that time, Delta was handing out pre-packaged bags with a few snack items and a bottled water. Pretty soon we reached our cruising altitude of 33,000ft. The skies were pretty much smooth all the way to Atlanta.

The arrival into Atlanta was quite nice due to the sound of the engines and seeing the areas outside Atlanta. Hearing the 2 IAE V2500s during approach was amazing due to the fact that  the engines were at about half power which puts out a nice sound. When we were about to land, the pilot floated a little too much which meant he had to apply full brakes to stop in time. The reversers were also applied which sounded amazing.

The taxi back to the gate was uneventful although I was able to do some nice planespotting from my seat. I saw quite a few nice aircraft such as a 777-200LR and a delta a321 in the "Thank You" livery. Once we parked at the gate, the pilots allowed my friend and I to visit the cockpit and sit in the Captain's seat. Eventually as all good things do, the flight came to an end and I had to get off the aircraft and check in to my hotel I was staying at for the night.

Overall, the flight was one to remember. Even though it was a normal flight for most people it was very special for me. I was saddened to see the MD-88s and MD-90s go but wish them farewell. Almost everything was perfect. The only bad thing I could think of about the trip was the limited legroom on the MD-90 but it doesn't really matter too much as it wasn't as bad as flying on Spirit or Frontier.