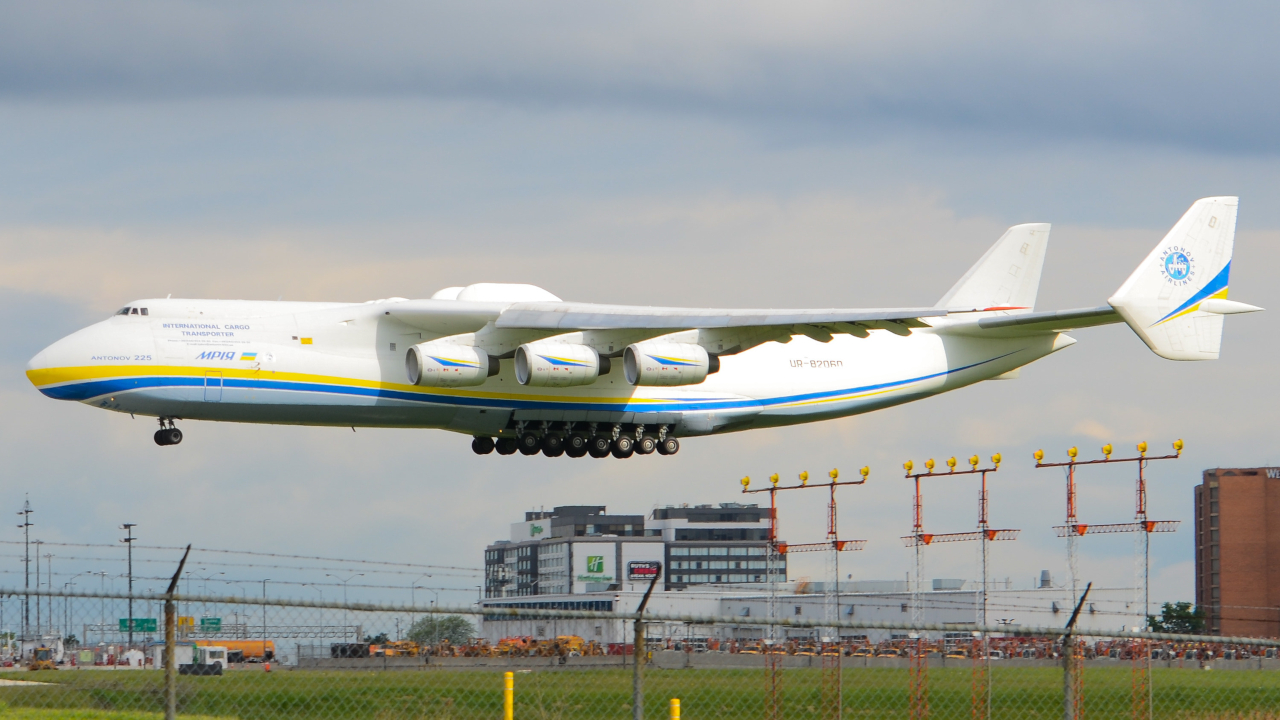 Despite the ongoing war in Ukraine, Kyiv-based aerospace company Antonov has begun the construction of the new Antonov AN-225, which will be the biggest aircraft in the world. This was officially confirmed by the company via the Bild newspaper and later via Twitter.

In their announcement on Twitter, Antonov cleared up some misinformation regarding news about the aircraft, stating that construction had not yet started, but rather the company's engineers are in the designing process. There are still many steps after design in the Engineering Design Process.

Antonov's Twitter announcement came shortly after the unveiling of an exposition, or "international image project" as quoted from Antonov's official Twitter page. This will be hosted at Leipzig airport and is dedicated to the history of the Antonov company and its notably large aircraft.

The first Antonov AN-225 was destroyed in one of the opening battles of Russia's invasion of Ukraine when Russian and Ukrainian forces battled at Kyiv Gostomel Airport. Despite the damage to the world's only AN-225 being very thorough, recent expert analysis sanctioned by the Antonov company shows that around 30% of the old airframe is salvageable for use in the soon-to-be constructed one. This could help the company cope with the considerable cost of €500 million ($509 million) of building such a beast.

Fundraising... But on a Larger Scale

The Leipzig airport exposition, which will be open until December 2022, is one of the countless ways Antonov hopes to raise awareness and money for the building of the new AN-225. Antonov is also planning on opening similar expositions at airports that the old aircraft used to frequently visit as well as selling merchandise, such as models of the aircraft, shirts, and other goods near the expositions. This is in the hope of raising at least some funds to contribute to the construction of the new plane.

In their statement on Twitter, the Acting General Director of Antonov stated that there will be more information "...after the victory."

The Symbol of Ukraine

The Antonov AN-225 wasn't just the largest plane in the world. It was a symbol. A symbol of Ukraine and its ingenuity and prowess. It gives many Ukrainians great pride above all that the Mriya will be rebuilt after their country was torn apart by war.

John Walker where can one purchase Antonov AN225 merchandise?
13d ago • Reply

Steve Taylor Yeah. I want some too.
13d ago • Reply

NEWS antonov an225 an-225 mriya ukraine news rebuilt leipzig
Our Weekly Digest Straight to Your Inbox Subscribe to receive our weekly aviation newsletter to stay updated on industry news. No spam, no BS. Unsubscribe at any time.