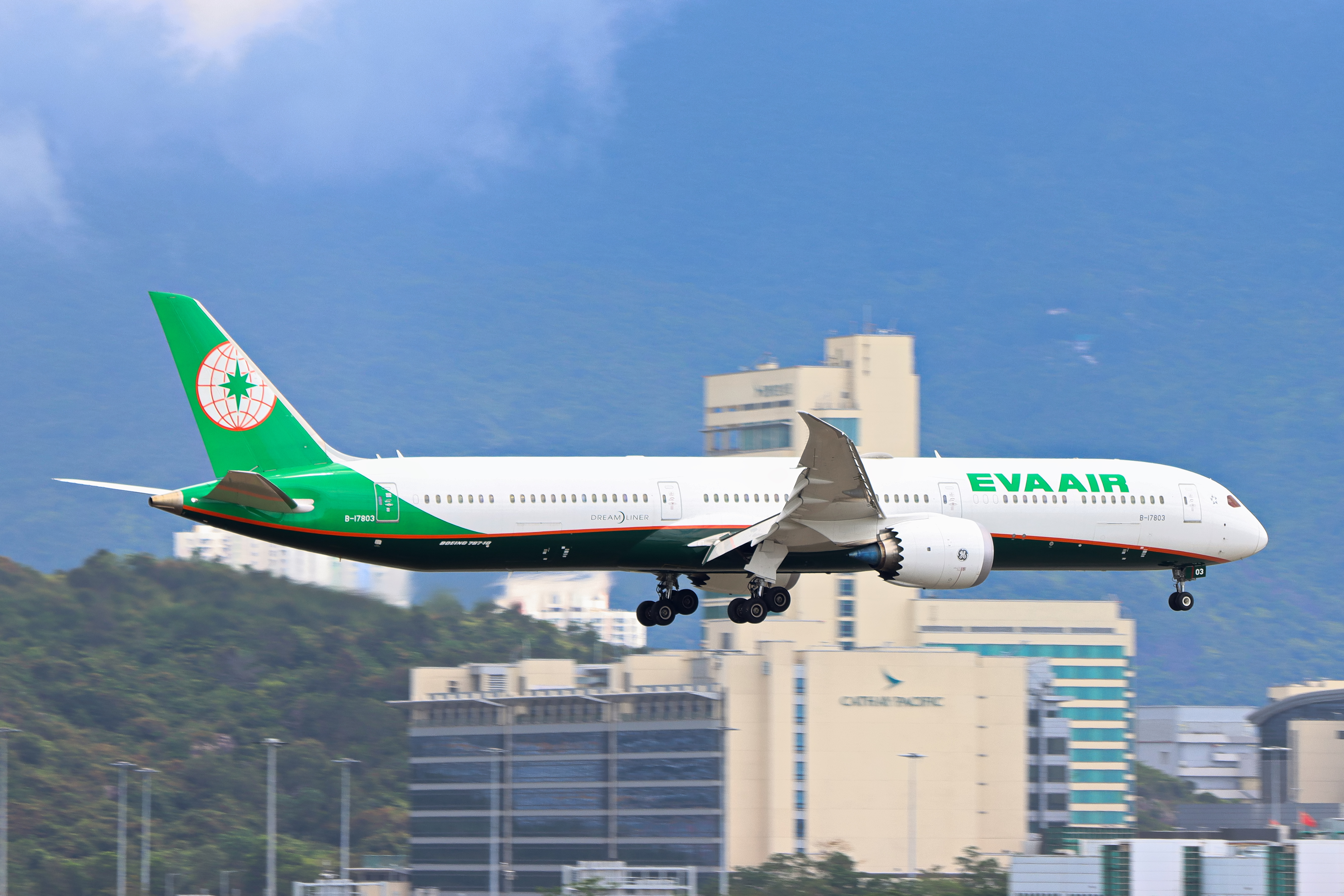 Many airlines have been forced to defer aircraft deliveries for the year due to the COVID-19 pandemic.  Recently, rumors circulated out about negotiations for EVA Air's Boeing 787-10 order.  While rumors came about deferrals and cancellations, EVA Air has finally confirmed that it will change its order of 7 Boeing 787-10's to 3 Boeing 777F's and 4 Boeing 787-9's.

With the current economic and travel situation, EVA Air believes that it is more beneficial to convert its order to freighters and the Boeing 787-10's smaller counterpart, the Boeing 787-9.  Additionally, the carrier touts it as a "continued optimization of network and fleet."  The new orders to bolster its cargo fleet will help increase its revenue during times when cargo shipping rates are highly profitable.  However, it is unknown whether by the time of delivery if shipping prices will have fallen back to 2019 rates.

Meanwhile, with its Boeing 787-9 fleet, EVA Air has always needed a smaller aircraft to handle routes to Europe, Australia, and North America.  With little to no passenger demand, EVA Air would rather have a smaller aircraft on its routes.  Additionally, EVA Air's current fleet of Boeing 777-300ER's has the ability to handle routes with larger demand.

The deferral of aircraft implies the cautiousness of EVA Air and its route strategy during these times.  Based on industry data, the airline has been cautious in adding frequencies to destinations.  However, in October, EVA Air plans to start operating daily flights to select destinations, specifically San Francisco and Los Angeles, among others.  The carrier has been conservative in adding frequency to Europe, rather restarting most of its frequencies in North America.  Additionally, the carrier has delayed route launches specifically Milan and Phuket to July 2021, which were previously scheduled for this year.

Cargo has become one of EVA Air's main revenue sources amid the COVID-19 pandemic.  EVA Air reduced its loss amid the loss of its passenger demand.  A 137% increase in cargo revenue with NT 14.34 billion offset its loss in passenger demand.  This was attributed to the lack of supply due to the reduction of services in the region, forcing shipping prices up.  EVA Air took advantage of this shipping technological devices and PPE, among other cargo.  In the second quarter, EVA Air reported a loss of NT $614 million dollars, a decrease compared to its $1.2 billion dollar loss in the first quarter.