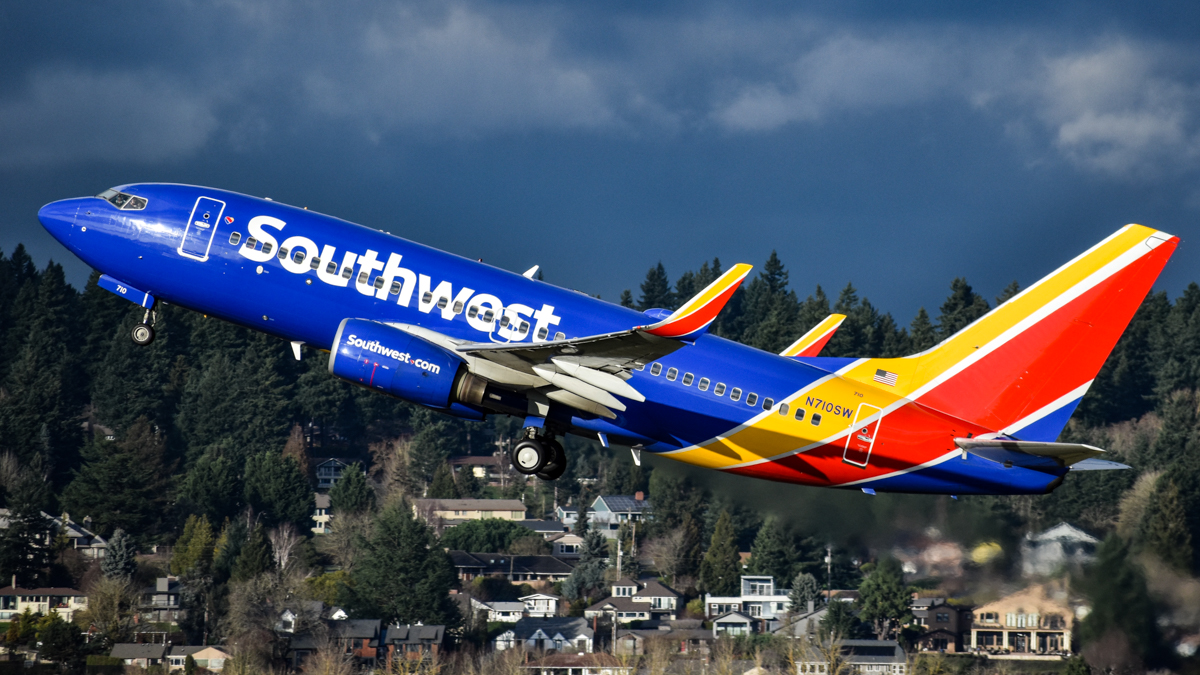 The United States is a large country with enough airports to serve most of its urban population. However, as air travel grew, issues began to arise in the 1970s after the Airline Deregulation Act.

Before the Airline Deregulation Act, an agency of the FAA known as the Civil Aeronautics Board (CAB) held great influence over airlines. It was able to determine routes, fares, and even new airlines. The policy grew gradually more unpopular as airlines bemoaned the loss of efficiency under federal control while passengers disliked high fares. Economists were the first to encourage ending federal regulations as it would encourage competition between airlines through new airlines and competing low fares. Despite government fears, in 1978, both parties and houses of Congress helped President Jimmy Carter sign the Airline Deregulation Act into law.

Without federal intervention in routes, airlines began to focus on the "hub and spoke" model rather than the "point to point" model, leaving residents of small or mid-sized cities far from major hubs isolated and unable to travel by air. Focusing on the most lucrative routes was a top priority of airlines. Since there was so much competition, funneling passengers into hub airports was the best method.

Take, for example, the city of Pueblo, Colorado, home to various museums and recreational activities popular among Coloradans as well as Colorado State University. The city is located two hours south of Denver, the focus airport of most airlines serving Colorado. Pueblo's airport is significantly smaller and serves a smaller population base than Denver, so there would be no reason for the airline to fly there. As a result, the city's 100,000 residents have no convenient method of air travel and no airline would fly there as although the city is large, it is not large enough (in terms of native population and tourists) for a route to be sustainable. This scenario played out in many cities across the nation outside of major metropolitan areas like New York, Chicago, or Los Angeles.

Enter the Essential Air Service (EAS) Program: federally funded subsidized flights between medium to small-sized cities across the United States in order to give residents the freedom to travel without driving hundreds of miles to reach the nearest airport. The policy has been cemented into the United States Code, though federal officials determine how often these flights take place. The government then reaches a contract with an airline to fly a certain amount of flights from point A to B in exchange for tax-free subsidies. Federal officials also determine the nearest hub, number of trips, seats, and type of aircraft. Other airlines are a part of the Alternate Essential Air Service (AEAS), which grants funds to a local airport instead of the carrier. Rarely, an airport can choose to enter the Community Flexibility Pilot Program (CFPP), where a community receives 2 years' worth of subsidies in exchange for 10 years of no EAS. Only one airport has ever used this program (listed below).

Some of the served communities are extremely small and flights are often less than half full, but reaching a deal with EAS is lucrative for many airlines, especially smaller or charter-based ones. They are paid per passenger anywhere from $10 to $900 by the federal government. In 2015, participating airlines received $263 million in federal funding. From 1997 to 2014, EAS subsidies increased by 500%, not accounting for inflation. All subsidies eventually "expire" and have to be renewed by the host airline.

The program has received significant criticism from both sides of the aisle in Congress. President George W. Bush tried unsuccessfully to reduce the annual cost of the program to just $50 million a year while conservative think tank the Heritage Foundation believed state and local governments should provide the subsidies instead. Candidate cities were also the subject of criticism as many were less than an hour's drive away from an unsubsidized airport. These issues have led both politicians and airlines to constantly reconsider the value of the program, though the residents of the cities EAS serves are undoubtedly grateful.

Qualifying cities are chosen quite arbitrarily by the government, which also handles contracts and logistics. However, subsidies per passenger are limited to less than $200 each unless the city in question is more than 200 miles away from the nearest major airport. Cities in Alaska and Hawaii have different qualification criteria. As a rule of thumb, most of these cities are at least 80 miles away from the closest large/medium hub.

A version of the program exists known as Alternate Essential Air Service (AEAS). It is virtually the same as EAS except federal funding goes to local airports or transportation departments instead of airlines.

There are currently more than 40 different cities on the EAS list. Most contracts are established with smaller regional carriers such as SkyWest and operate aircraft with a capacity of between 9 and 50 passengers. Connecting hubs are also chosen by the government, as some do not seem logical. For example, the closest major hub to Lancaster, Pennsylvania, would be Philadelphia (the cities are only 80 miles apart), but the FAA chose Pittsburgh instead, located 240 miles west of the city.

The following is a list of some of the cities on the EAS list excluding AEAS. Some are quite small (such as Cody), while others are on the larger side (Merced). Bar Harbor and Carlsbad are major tourist destinations.

(1) Army installation in the Missouri Ozarks near St. Robert, Missouri. Recall that the funding here goes to the airport in Ft. Leonard Wood, not the base. The government is not funding itself.