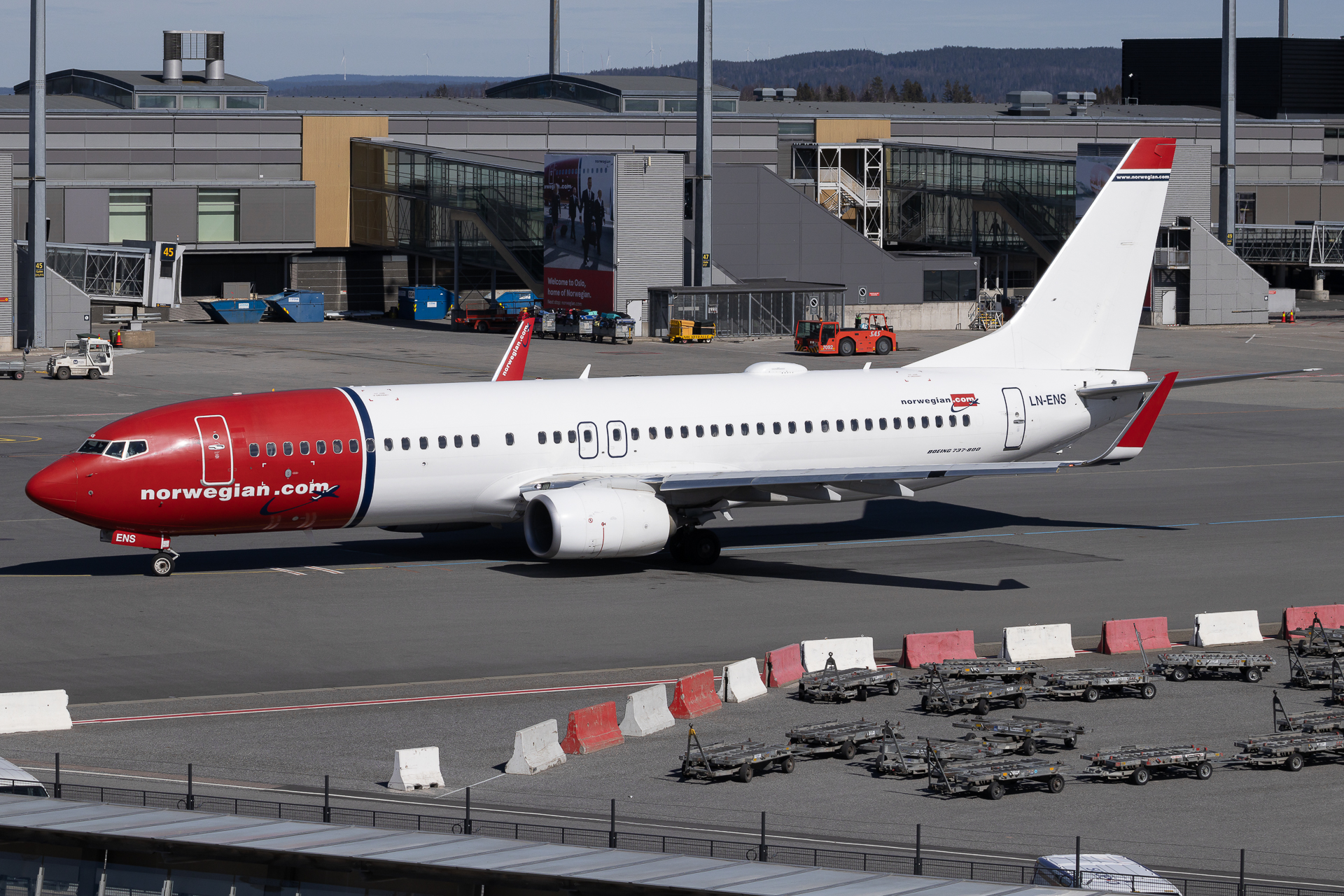 Norwegian 737 Returns to Trondheim After Birdstrike

Norwegian 737 Returns to Trondheim After Birdstrike

The departure of a Norwegian Air Shuttle Boeing 737-800 from Trondheim on Monday morning brought with it an unexpected malformation of the aircraft's cockpit area.

The Boeing 737 involved in the birdstrike was operating flight DY1078 from Trondheim (TRD/ENVA) to Riga (RIX/EVRA). The aircraft had just lifted off from runway 09 when the bird hit the fuselage just above the left cockpit window. The 737 safely returned to Trondheim Vaernes Airport a few minutes later. Upon inspection of the aircraft, significant damage in the form of a dent was found above the left cockpit window.

As per data from airfleets.net, the aircraft involved in the incident, LN-ENS, was delivered new to the now-Norwegian Air International in June of 2017 under the registration EI-FVV. After sitting in storage for a majority of the COVID-19 pandemic, the aircraft went on to the newly restructured Norwegian Air Shuttle AOC in June of 2021.

No injuries have been reported besides the dented aircraft. The 737 will remain in maintenance until the dent has been fixed. Norwegian Air Shuttle has yet to comment on the incident.