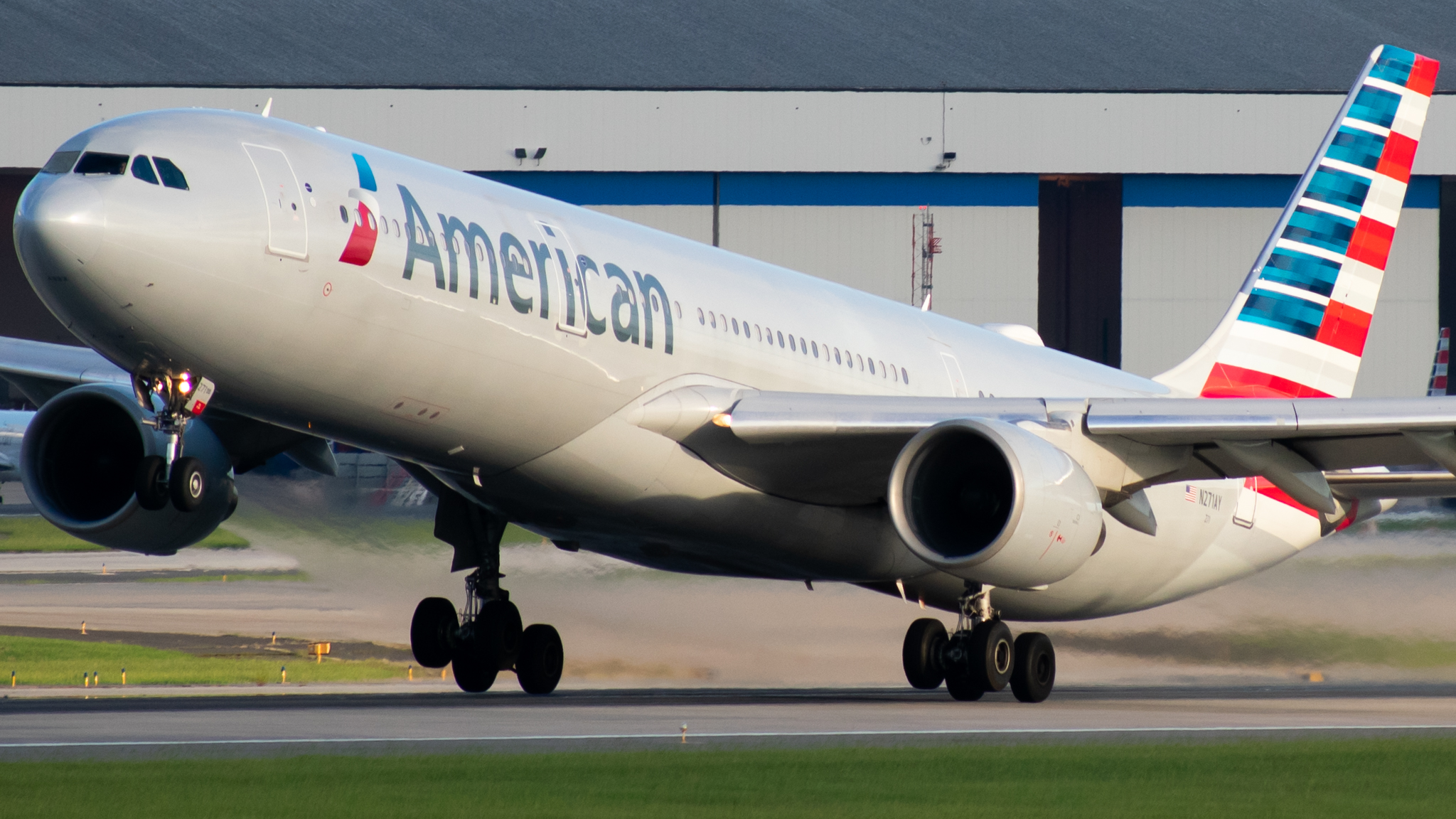 American Airlines' new Tel Aviv service takes advantage of a currently shutdown El Al.  Currently, the carrier had a service planned for Dallas after ending their Tel Aviv flight from Philadelphia in 2016.

The routes launched will face stiff competition from United at New York/Newark-EWR and Delta with New York-JFK.  However, the feed from JetBlue and American will make up for the competition.

American's route network from New York-JFK has shrunk in recent years.  With the addition of Jetblue supplementing American's New York-JFK network, American Airlines doesn't have to worry about feed, allowing it to shift its focus to its hubs in Philadelphia and Charlotte on the Eastern Seaboard.

Jetblue is committing itself to add flights in the New York City area, specifically JFK, Laguardia, and Newark.  Recently, JetBlue announced a large expansion plan from New York/Newark-EWR encompassing many new destinations to many key cities.   As for Laguardia, JetBlue and American plan on simplifying their operation there via colocation.  Currently, JetBlue is scheduled to add flights to Tampa(TPA) and Fort Myers from Laguardia.

Additionally, Jetblue will enhance Boston's and New York-JFK's network to strategic destinations in the Southeast, Northeast, and the West Coast, enhancing its position in both cities against competition like Delta.

JetBlue will not be joining Oneworld, nor any transatlantic joint venture.  However, Jetblue has reaffirmed its interest to start flights to London-Heathrow in 2021 using its A321XLR's.

Codeshare and Thoughts from Executives

JetBlue was previously partnered with American Airlines back from 2010-2014 to a lesser extent.  However, this was terminated due to COVID-19.  There is no word on frequent flier mile partnerships currently with the new partnership.

Overall, JetBlue and American tout the partnership heavily.  Jetblue's President and Chief Operating Officer, Joanna Geragthy, states, "Pairing JetBlue's domestic network with American's international route map creates a new competitive choice in the Northeast, where customers are longing for an alternative to the dominant network carrier.  This partnership with American is the next step in our plan to accelerate our coronavirus recovery, get our crewmembers and our aircraft flying again, and fuel JetBlue's growth into the future."

American's President, Robert Isom, states, "This is an incredible opportunity for both of our airlines.  American has a strong history in the Northeast, and we're proud to partner with JetBlue as the latest chapter in that long history. Together, we can offer customers an industry-leading product in New York and Boston with more flights and more seats to more cities."

American Airlines is contesting Delta Airlines' heavily in markets like Boston, New York City, and Seattle.  American's is taking advantage of a scrambling Delta Airlines and United Airlines to reorganize and form a new network strategy.  This strategy of outsourcing flights in areas they are weak in is simply ingenious.  Before this, American had NO presence in the Northwest and a declining presence due to heavy competition.  Now, American doesn't have a need to focus on its domestic feed in markets like New York City, allowing it to focus on lucrative international routes from the city.

As for JetBlue, expect for them to rule the New York City area. Chances are, Jetblue will probably be able to use American's slots at JFK that they have been sitting on for months unused.  Additionally, with a weaker United Airlines, JetBlue will try to infiltrate United's hub at Newark.  Their expansion last month signaled a threat to United Airlines which has yet to respond.  With some mild expansion at Laguardia, JetBlue will rule the Northeast corridor.

Additionally, JetBlue will have solid operations in the Southeast and a newfound hub in Los Angeles, probably supplemented by a future American Airlines deal and gates in the future.

As for Delta Airlines, the future doesn't look so bright.  Delta Airlines is under attack in the Northeast via Boston and New York-JFK, not to mention the chaos in Seattle.  It is unclear how they will defend themselves in these markets.