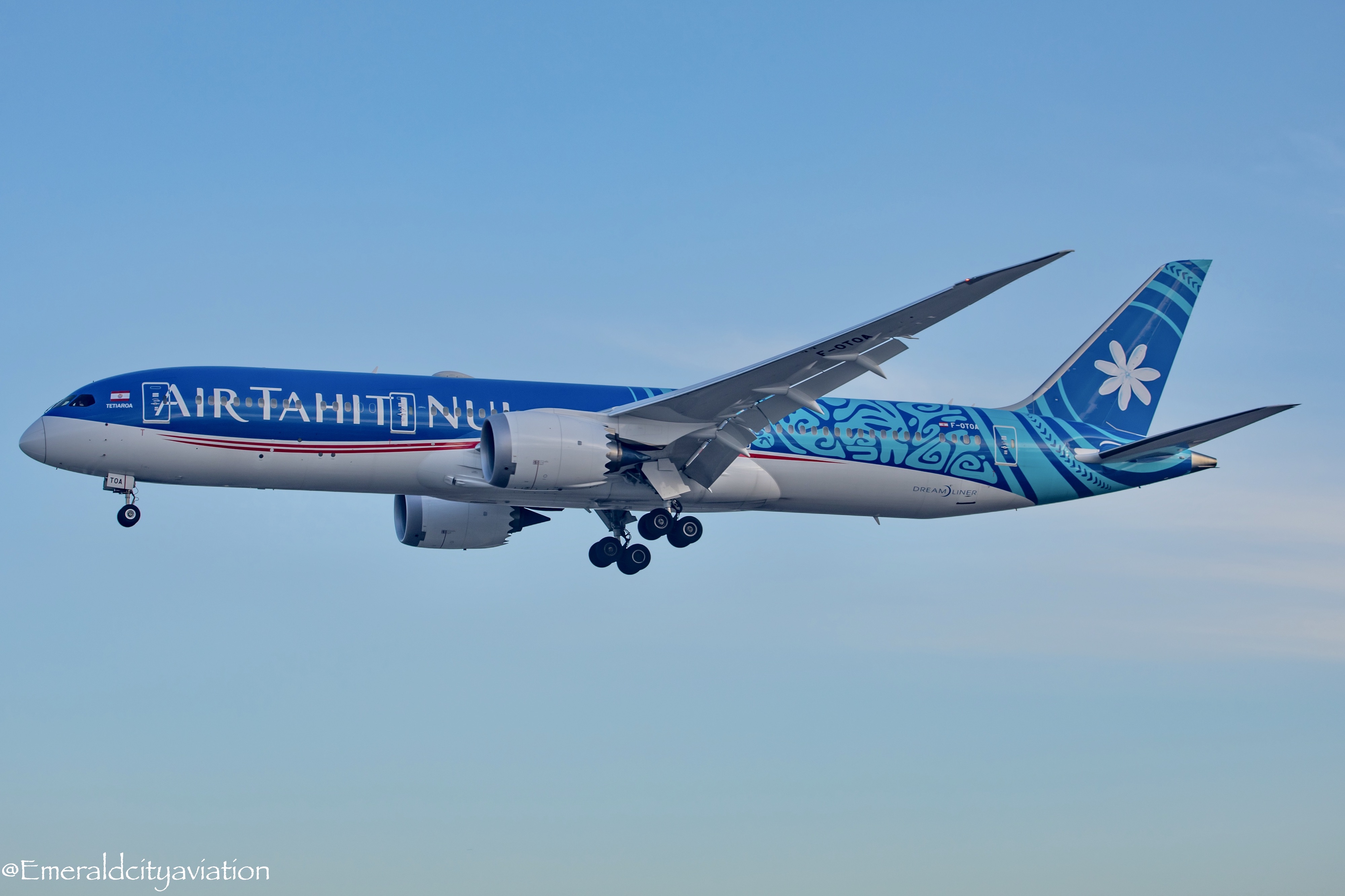 On Wednesday October 5, Air Tahiti Nui joined Alaska Air in the newest codeshare agreement to date. The new partnership opens up the only direct gateway between French Polynesia and the American Northwest, operated by Air Tahiti Nui's Boeing 787 aircraft between Seattle and Papeete.

Alaska Mileage Plan members can earn miles on Air Tahiti Nui flights and redeem miles for tickets in Tahiti Nui's network, while Club Tiare members can likewise use miles in the Alaska network. Fliers have an additional option of purchasing tickets for Tahiti Nui's daily nonstop flight between Los Angeles and Papeete or their Los Angeles to Paris route on alaskaair.com. Customers are also able to purchase continuing legs on to New Zealand.

"It's a chance for North American travelers to discover the beauty of the islands of Tahiti, which serve as the background to the many wonders to discover, landscapes to explore and memories to create," said CEO Michel Monvoisin.

The new Seattle-Tahiti route operates twice weekly as a seasonal operation. Red-eye flights from Tahiti operate Tuesdays and Saturdays, while the return flight operates Wednesdays and Sundays, landing in Tahiti around 7 p.m. local time. Each respective leg, operating as TN51 and TN52, has a flight time of approximately 9.5 hours. Travelers wishing to fly to French Polynesia from the Northwest were previously restricted to flying out of Los Angeles and San Francisco, or from Vancouver across the border to the North. The new agreement serves customers with greater choices and flexibility in traveling to Tahiti.

"The islands make it really a place where you will disconnect. I am not saying you can’t disconnect in Hawaii, but in Tahiti, in French Polynesia, you will feel yourself immersed in a paradise," said Air Tahiti Nui President and Director Mathieu Béchonnet.