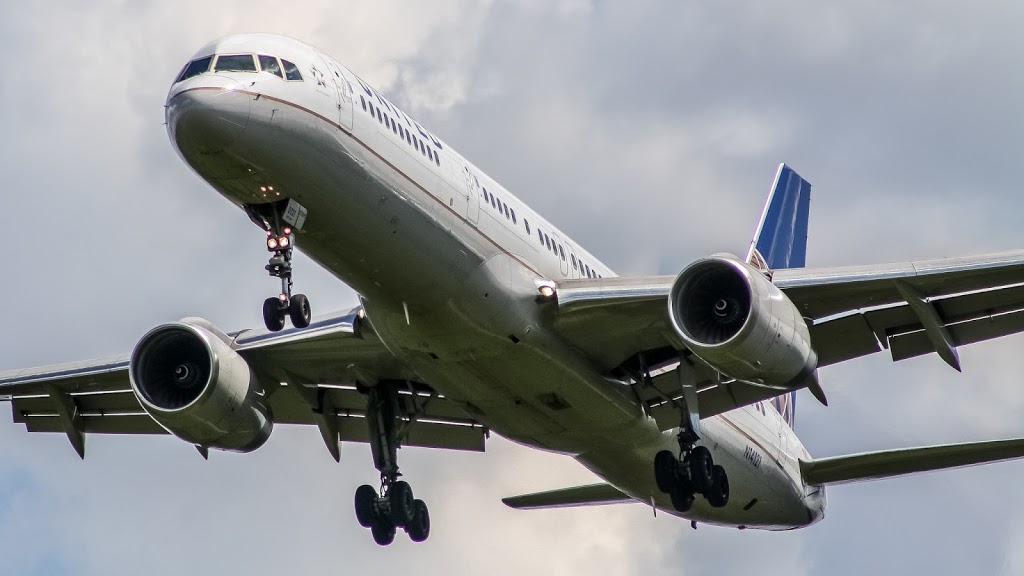 June 5, ORD- As I’m sitting in the gate area of the United terminal at Chicago O'Hare International Airport, Terminal 5, my excitement starts to build. I can see the plane I’ll be taking to San Francisco, a Boeing 757-300, pulling into the gate. From where I am, I can see the sheer length of the aircraft, and see with my own eyes  why it’s nicknamed “the Pencil.” I will be flying a United 753, a plane I’ve yet to try with an airline I’ve tried many times. I almost always fly United, and I’ve never had a problem with them. 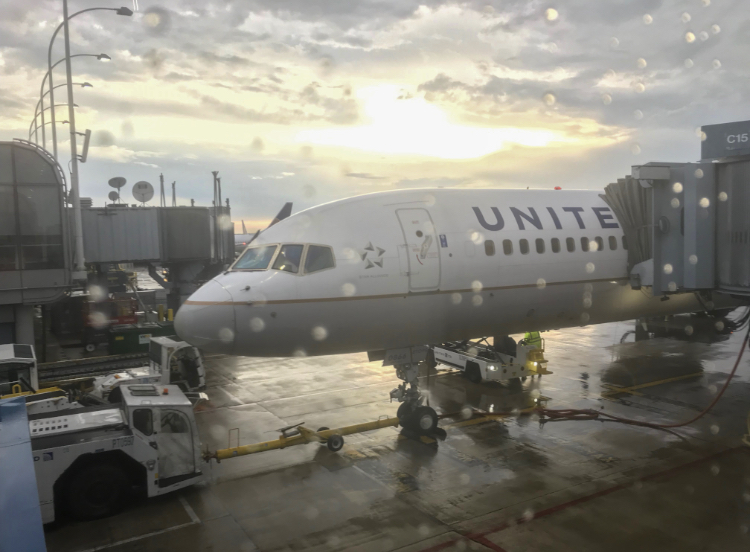 After some spotting (it was hard as it was 6:00 in the morning and lighting wasn’t quite yet adequate) it was time to start the boarding process. The flight this morning was completely full, and boarding took about 10 minutes longer, as everyone with a rolling bag had to gate check it. Luckily I only had a backpack, as the trip was only three days. I was able to get   straight on. One thing I noticed was that the gate agents were being very straight forward and not wasting anytime. Once I boarded, however, the flight attendants were more welcoming.

Once on board, it was about another 15 minutes before it was time for takeoff. Take off was routine, but due to rain the seatbelt sign had to stay on for around 10-15 minutes longer than usual. There was moderate turbulence, but nothing too bad.

About 30 minutes into the flight, snack and drink service started. United now offers Stroopwafels on most flights. Once we reached cruising altitude, beautiful views of the Rocky Mountains were offered.

After a fairly uneventful flight, we approached the West Coast. About an hour prior to landing, the crew started another drink service. One thing I noticed is that some flight attendants will give full cans while others will only pour a cup. It just depends on the person giving it to you.

On this flight, there were no seat back inflight entertainment (IFE) screens. There was, however, WIFI available for free. It was not fast enough to use the internet, but you can use the United app to watch movies and T.V. (Make sure you download the United app before your flight.) The United app offers a sufficient amount of things to watch, as this plane only does domestic trips. Several award winning movies, new releases, classics, etc. are available for free, along with a variety of T.V. shows. For a more detailed description of the entertainment system on United, click the link at the bottom of this article.

Overall, this flight was pretty good. It was just a regular, but when flying in economy, that’s what the hope is. Anything other than average would probably mean either good service, or one+ bad things. There was no meal service, except the ones for purchase, but that was expected for this flight. Entertainment was enough, and outlets were available so you can keep watching on your device. The crew on this flight was friendly and helpful. They were attentive as well. For example, at one particularly bumpy part of the flight, the crew was passing out snacks. The seatbelt sign was on, and they were anticipating the flightdeck call for them to take their seats. They were paying attention to the seat numbers every time they moved, so when we hit smooth air they could get right back to serving. This was a small detail, but I very much appreciated it.

United is, in my opinion, a good airline. I know this is a controversial topic, but I have had only good experiences with this carrier.

If you have any questions, you can email me at 1aviationnation1@gmail.com or on Instagram, @midwest_aviation. Also be sure to check out TFR on Instagram for more trip reports and pictures, @tfr.reports and @tfr.spotting.

Information about my aircraft:
https://flightaware.com/live/flight/N78866/history

For a clearer seat map:

TRIP REPORTS united trip report boeing 757 757300 757-300
Our Weekly Digest Straight to Your Inbox Subscribe to receive our weekly aviation newsletter to stay updated on industry news. No spam, no BS. Unsubscribe at any time.