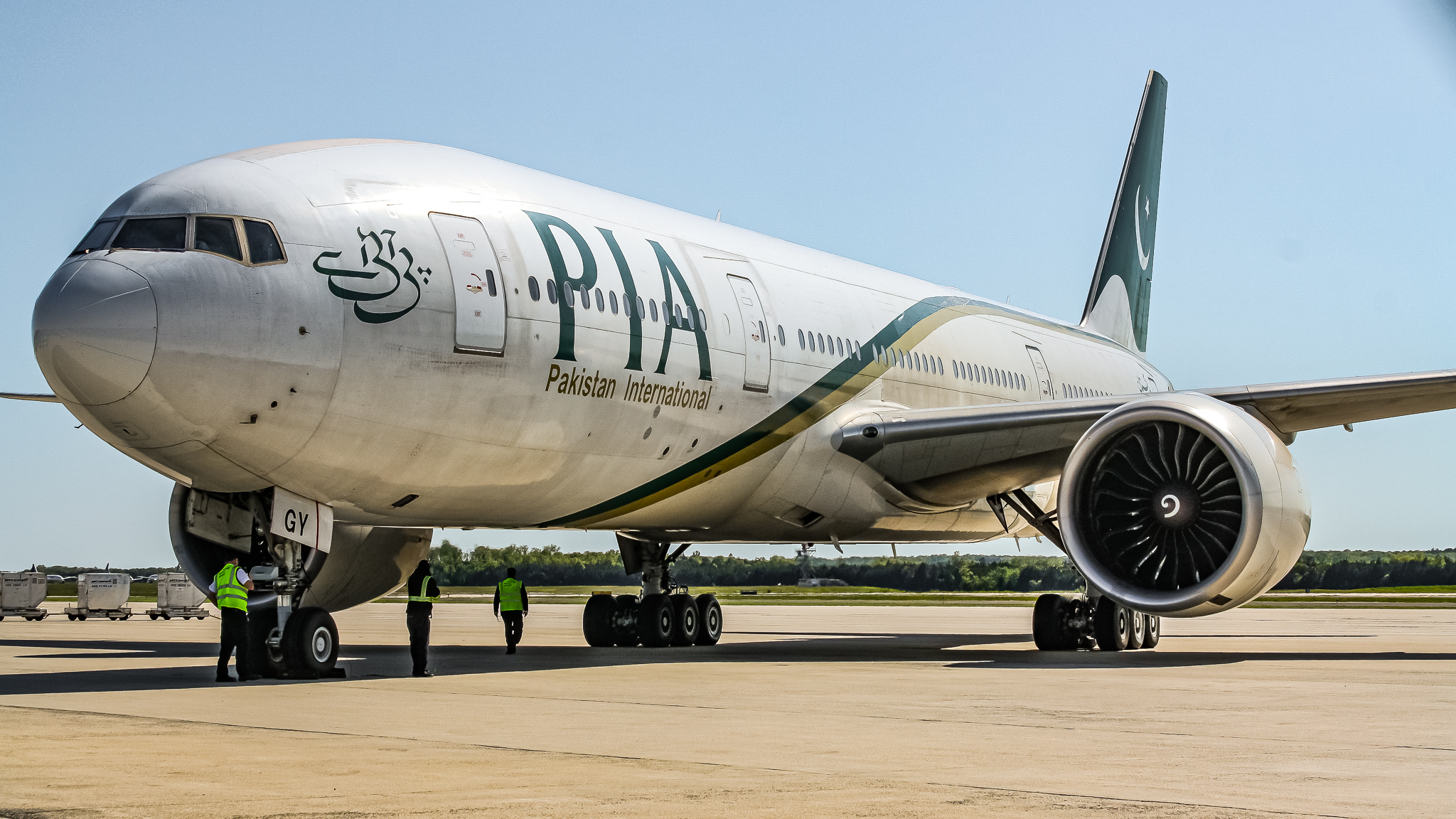 Currently, PIA has three repatriation flights scheduled.  One was operated on May 10th from a prior repatriation flight from Lahore to Toronto arriving on May 9th helping Canadian nationals return home.  From there, the aircraft AP-BGY, a Boeing 777-200LR flew from Toronto to Washington-Dulles on May 10th, later flying from Washington-Dulles to Islambadad to repatriate Pakistani nationals from the United States.

The final flight scheduled for the U.S. will be to New York/Newark-EWR on May 17th. The flight will fly to Lahore at 8:01 P.M.  It is unclear where the flight will originate from.  There will be three more scheduled with date and destination to be determined for flights to the United States.  However, PIA is only allowed to fly two aircraft into the U.S., Boeing 777-200LR's with registrations AP-BGY and AP-BGZ, according to a source.

Pakistan International Airlines was rumored previously to start operating flights to New York-JFK from Islamabad.  Previously, direct flights to the U.S. were not allowed 9/11 era.  However, recently, the TSA inspected the facilities of the newly opened Islambadad Airport and will do so with other Pakistani airports to ensure the safety of their facilities.  PIA has been trying to acquire rights to direct flights to the U.S. for about two years, according to a source.

The carrier previously flew to the U.S. in 2017 using the routing of Karachi-Lahore-Manchester-New York-JFK-Lahore.  Additionally, the carrier has flew to Chicago O-Hare and Houston in recent years.

Pre-COVID-19, the only flight that the Pakistani flag carrier operated was to Toronto.  They flew to Islamabad 1x weekly, Karachi 2x weekly, and Lahore 2x weekly all using their B777-200LR.

According to a source, PIA has been repatriating Pakistani nationals everywhere.  From the UAE to Frankfurt, Germany to Wuhan, China to Kuala Lumpur, Malaysia, PIA is helping the Pakistani government ensure the safety of its citizens.

While we may be staying at home, we should take a moment to honor the hardworking flight attendants, airport staff, pilots, and air traffic controllers keeping our skies safe and functional during the pandemic.  While the skies may be empty, they ensure that the skies continue running, not to mention a lack of demand increasing the chances of mass layoffs.