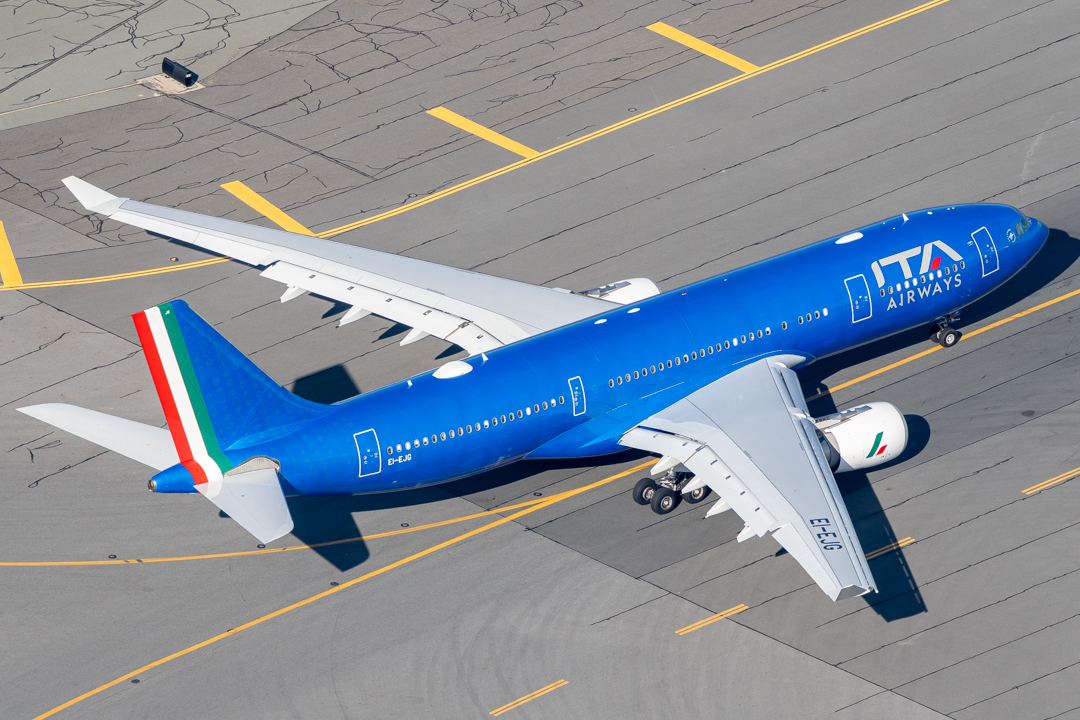 After the demise of Alitalia (Italy's former flag carrier airline) in October of 2021, a new airline named ITA took dominance in Italy as the country's flag carrier. ITA Airways has just announced its plans to begin service from Rome's Fiumicino Airport (FCO) to Washington Dulles International Airport (IAD) and San Francisco International Airport (SFO), set to begin in July of 2023.

"Dulles International Airport welcomes ITA Airways to the Washington, D.C., region," said Airports Authority Executive Vice President and Chief Revenue Officer Chryssa Westerlund. "With a direct link between the capital cities of the United States and Italy, travelers on both sides of the Atlantic will have more access to family-friendly vacation options, as well as vibrant and thriving business opportunities."

The flight to San Francisco will commence on July 1 with a thrice-weekly frequency until August 1, when the service will be increased to five times per week. The route is set to be operated by an Airbus A350 and will depart Rome 9:35am, arriving at SFO at 1:15pm. The return flight will depart at 3:15pm and arrive in Rome at 12:15pm local time the next day.

"The new connections to Washington and San Francisco further enrich the intercontinental network of ITA Airways, which is one of the Company's main assets," said Emiliana Limosani, Chief Commercial Officer of ITA Airways and CEO of Volare. "With the launch of the new destinations, we consolidate the company's expansion process towards the US market, the first international market for ITA Airways. The multiple offers from the Rome Fiumicino hub will allow us to be the reference carrier from the United States to Italy and via Rome to Europe and the Mediterranean for the Italian community and the main communities of the Mediterranean countries."

With ITA being a Skyteam member serving two Star Alliance-dominated airports, it will be fascinating to see what the future holds for these new routes. There is no doubt that the connection between the nation's capitals will benefit an abundance of passengers, but the implications of such a move will keep critics on their toes.

ROUTES ITA ITA Airways Routes Airbus A330 Airbus A350 San Francisco Washington Washington-Dulles Italy Airlines
Our Weekly Digest Straight to Your Inbox Subscribe to receive our weekly aviation newsletter to stay updated on industry news. No spam, no BS. Unsubscribe at any time.