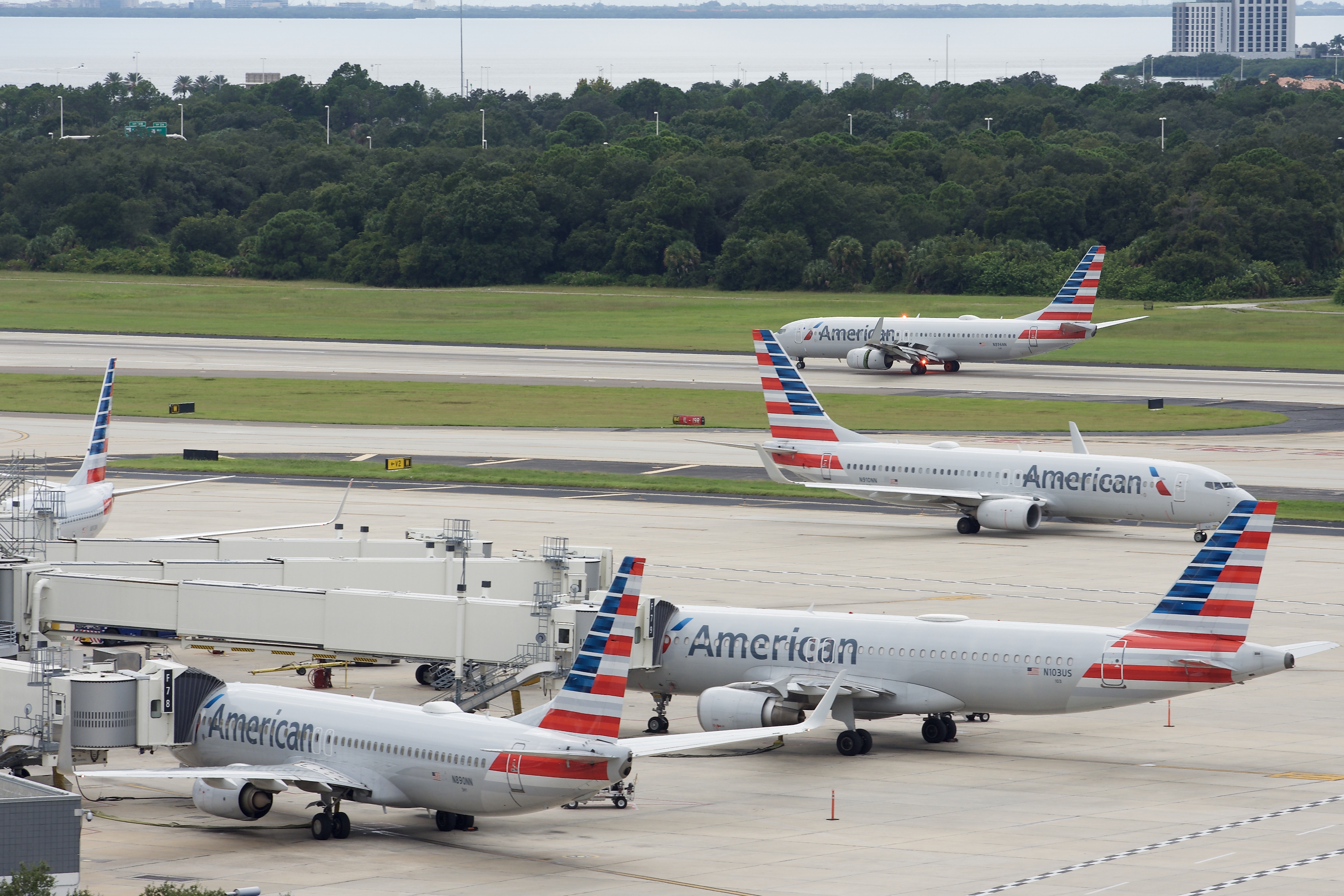 COVID-19 and Its Lasting Mark on the Recovery of U.S. Commercial Aviation

COVID-19 and Its Lasting Mark on the Recovery of U.S. Commercial Aviation

As the COVID-19 pandemic has run its course, nations throughout the world have each grappled with a series of problems stemming from the global health crisis, including higher unemployment, devastated economies, and crippled industries. Undoubtedly, no sector has been as impacted as the travel industry, which encompasses the volatile aviation industry. The COVID-19 pandemic has fundamentally changed the economics of the U.S. commercial aviation industry by severing business travel, and leisure travel will be airlines' only path towards recovery as they wait for business travel to rebound.

In March 2020, following nationwide quarantine mandates and other such restrictions, commercial aviation in the United States ground to a halt, and people simply didn't have the desire or need to fly. Business, leisure, and all activities in between were stopped, except for repatriation efforts, and airlines were sending aircraft to the deserts of the southwest U.S. by the dozen in order to wait out the travel downturn (the arid environments of Arizona and southeast California are well-suited to the long-term preservation of aircraft).

According to the U.S. DOT, from June onwards, airlines began to bring aircraft back into service, as traffic began to increase. A multitude of airlines, including JetBlue, Alaska, and United, among many other carriers, announced expansions into new markets to tap into previously unserved routes where they have a better chance of being profitable. And there is one aspect that ties almost all of these new route expansions together: each announcement demonstrates a heavy focus on leisure and VFR (Visiting Friends and Relatives) passenger traffic. On the international front, United Airlines announced an expansion into West Africa with new routes beginning from Washington, D.C., to Accra, Ghana, and Lagos, Nigeria. These new routes, beginning in spring 2021, will provide service to Americans with family living in those markets, who will likely want to visit relatives in West Africa after being cut off from contact for such a while. Furthermore, JetBlue and United both announced an expansion of services to Costa Rica, a country which has benefitted in an economic sense by loosened entry restrictions, which have contributed to increased demand since entry requirements are easier to meet. On the domestic front, Alaska and United now compete heavily in the San Francisco to Tampa market, with Alaska operating on a twice-weekly weekend-only service, demonstrating how leisure travelers to Tampa are willing to only arrive and depart on only the most convenient of dates, being Saturday and Sunday. Three years ago, neither airport had a nonstop flight, and the fact that United and Alaska continue to operate this route in spite of the pandemic showcases the fact that leisure traffic is where the money is currently at. San Jose Airport gained a new route to Jackson Hole, Wyoming, due to Alaska foreseeing considerable demand for outdoor and nature-oriented activities. Jackson Hole is well-known for its world-class skiing, hiking, and breathtaking Grand Teton Mountains.

Having glanced at these expansions into new markets, you may be lulled into a false sense of security that the aviation industry will surely recover and return to its previous state. And recover it will, although it will not regain the semblance of normalcy it had prior to 2020 for a long time. What will continue to be the same are merely basics, such as the oligopolic nature of the market. American, Delta, United, and Southwest will continue to dominate the market. In fact, consolidation within the industry has already occurred, as Korea's two major airlines have announced plans to merge, Japan's two major airlines may merge, other airlines such as regional U.K. carrier FlyBe have gone under, and countless carriers, including at least one in the United States, have entered bankruptcy protection and endured restructuring attempts. Barriers to entry will continue to stay high due to the high fixed costs of labor, fuel, and other factors, despite the absence of business travelers, who have been integral to corporate contracts that have padded airlines' pockets. I have no doubt that Apple will now spend less than the mind-boggling pre-pandemic sum of $150 million per year on United Airlines business-class seats for its employees. With the sharp increase in popularity of videoconferencing, and considering the ease and accessibility of hosting a Zoom call in comparison to traveling on and paying for a business trip, some industry commentators have taken a pessimistic view and believe that business travel will never recover. While I agree that new technology has permanently displaced a small part of business travel, I don't share their view that business travel will never recover.

Videoconferencing applications such as Zoom have definitely displaced some portion of business travel, and have negated simple inefficiencies such as flying halfway around the world for a meeting. At the same time, I believe that important conventions, summits, and trips will continue to exist. For example, Las Vegas's annual Consumer Electronics Show is an irreplaceable weeklong event held every January in which techies gather at conventions to witness all recent technological advancements. Bringing in high-paying executives from all around the world, Delta Airlines, for example, introduced flights from London, Paris, Amsterdam, Shanghai, Tokyo and Seoul to Las Vegas for only the week that CES occurs. Similarly, for Barcelona's yearly Mobile World Congress conference in 2020, which had over 100,000 attendees in 2019, United Airlines planned to fly four flights from San Francisco to the Spanish city, twice the schedule that it had flown on the route for that event the previous year. Although the 2020 event was cancelled due to COVID-19, United managed to rake in a cool $19,000 per roundtrip business-class ticket, per NBC. In the future, airlines will be unable to chase this niche of fluid, yet high-yielding travel, and putting resources into leisure travel will be a smarter and safer option than continuing to sink funds into nonexistent business travel. Leisure travel, although low-yielding, has the draw of being constant from year-to-year, and airlines can always add or reallocate capacity where it is needed depending on the season, as opposed to business travel, which needs to be built on a foundation of trust between the airline and the company that must be cultivated, year after year. Moreover, the corporate contracts that airlines and businesses hold are sunk costs, since seats are not booked on an as-needed basis. According to ThePointsGuy, pre-pandemic, Apple reserved 50 business-class seats on United Airlines's San Francisco to Shanghai services. This heavy investment will contrast to the future, in which airlines will rely more on leisure travel, and companies will likely buy less bulk-business-class seats for their travelers, meaning that airlines will have to rely less on the premium-class passengers that have historically provided most of their profit. These losses in profit can be offset by increasing ancillary revenue through charging for amenities such as food, beverages, wifi, and baggage, although this is similar to a low-cost airline's fee structure and won't work for the large full-service airlines. Their best option is to simply bolster their route networks with the addition of more leisure routes, and wait until business travel returns to pre-pandemic levels and relevance.

From my point of view, the aviation industry will slowly yet surely recover, and it will be leisure flying, not business travel, that will return the industry to what it used to be, pre-pandemic. As business travel continues to increase, aided by vaccines and other measures, it won't eclipse its previous benchmark for a long time, but it will surely return to being a strong backbone to airlines' networks. All that's needed is time for recovery.

Textron Soars in Q4 Performance » TSA PreCheck vs CLEAR: Which is Better? » From Baggage Allowance to Lounge Access: Your Flight Benefits with British Airways »