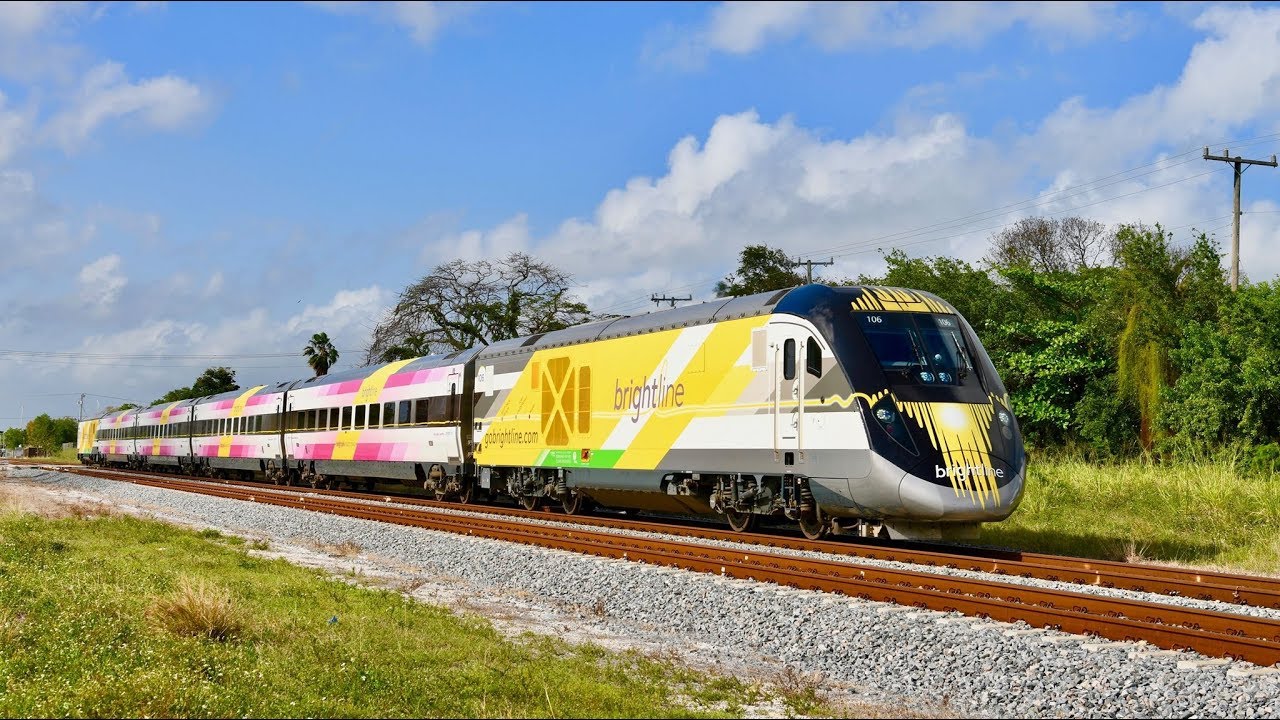 The Brightline, (Soon to be Virgin Trains USA), is a higher-speed rail service currently operating in South Florida between Miami, Fort Lauderdale, and West Palm Beach. Future stations include PortMiami, Aventura, Boca Raton, and Orlando. This review will focus on the Miami to Fort Lauderdale leg of the line.

Upon arriving at the station in downtown Miami, a problem immediately presents itself: "Where do I park?" Unfortunately, the parking situation at the Virgin MiamiCentral station is a little confusing. While there is a parking garage, it is on a separate city block with poorly marked entrances. However, the garage itself is nice, and once you know where to go, it isn't a problem. The station also connects to the Miami Metro Orange and Green lines, as well as all three MetroMover lines. A TriRail connection is also coming soon. 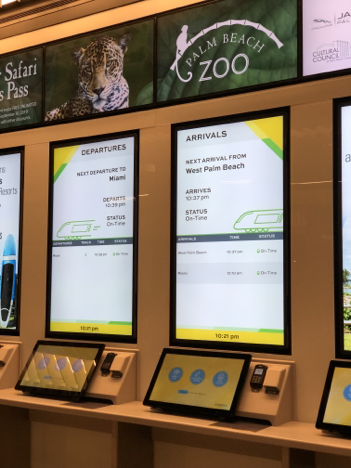 The station itself is very well designed, featuring bright colors and nice lighting for an upbeat atmosphere in the station. There is a food court featuring a few different restaurants, but I did not have time to eat at any since my train was scheduled to depart in less than five minutes from the time I walked in the door. Brightline does offer free rescheduling if you miss your train, but I was on a tight schedule. Fortunately, security was a breeze, (I wish airport security used the same system the Brightline did), and I made it to the boarding area with a minute or two to spare. The boarding process itself is simple, as when it's time to board, the announcer will say which platform the train is on, and everyone waiting will follow the directions of the Brightline staff stationed around to help them get to the platform. There are also lots of signs that allow you to navigate the station quickly and easily, without the help of the staff. When boarding the train, small platforms extend from the doors, allowing for full ADA compliance and convenience for everyone else. 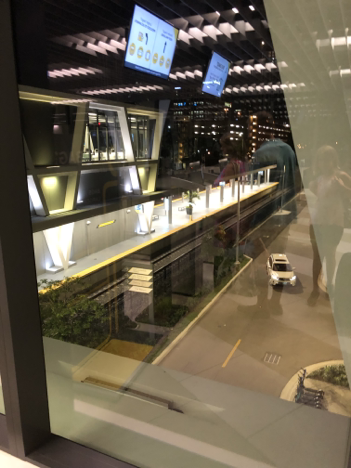 Once on-board the train, the seats are clearly labeled with their numbers (everyone is assigned a seat, unlike Amtrak). There are overhead baggage areas, as well as bike racks and space for larger bags in every car. If you have lots of bags, you can check them with the staff in the station, so long as you arrive 15 minutes before the scheduled departure time. I rode in Smart class, where there are two types of seating arrangements: 2 and 2 on either side of the train, or 4 seats gathered around a table. Every seat is equipped with outlets and USB ports, so you won't need to worry about running out of power. The seats are large and comfortable, and the seats without full sized tables feature seatback tray tables. Free WiFi is provided for every passenger. 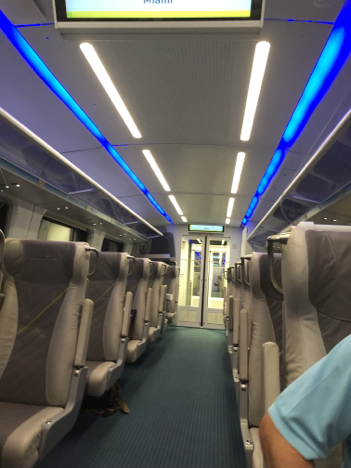 Once the train leaves, an attendant comes through the train with snacks and drinks for sale. If you are in select class, these are complementary. In Smart class, the prices vary for each item. There are restrooms in every car, which are large and clean. One thing that the attendants do not have to do is collect tickets, since the ticketing process is handled in the station before security. The ride is smooth and quiet, especially since there are dedicated areas for making phone calls so that the other passengers are not disrupted. The trip between Miami and Fort Lauderdale takes about 30 minutes, however, it can be a few minutes faster or slower depending on the day and the train engineer.

A few minutes before arriving, an announcement is made stating which station the train is approaching, giving passengers ample time to gather their belongings and go to one of the doors which will open upon reaching the station. After arriving, a platform attendant points passengers in the right direction to get back into the main station. The Fort Lauderdale station is much smaller than the Miami station, with only 2 platforms and no food court. However, its convenient location right in downtown Fort Lauderdale is the reason for this. 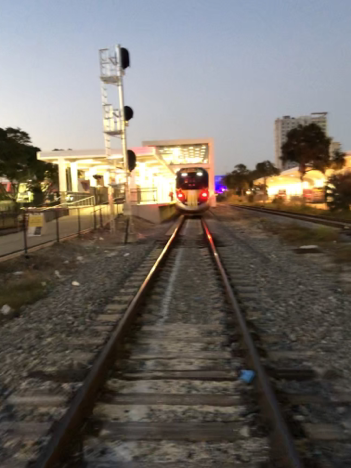 Once you are outside, there are multiple transportation options available to arriving passengers. My personal favorite is the FreeBee, which is essentially an electric Uber golf cart that is free to use, provided you have the app. There is also a parking garage if you originally parked in Fort Lauderdale, and ridesharing apps have a designated pick up and drop off point. The Miami station also has this. Finally, the station is right next to the Fort Lauderdale bus terminal.

Overall, the Brightline is, in my opinion, the best way to get between Miami, Fort Lauderdale, and West Palm Beach. I'm personally hoping for a station in Stuart once the Orlando expansion is complete. Brightline officials have been talking positively about the prospect of a Stuart stop, so hopefully they follow through with their plan. If you are planning to take the Brightline, the best way to ride is to download the app and purchase tickets through it, especially since you can get your first ride free when you create an account. Have you ever ridden the Brightline or are you planning to soon? Let us know in the comments!

TSA PreCheck vs CLEAR: Which is Better? » Attending an Aviation University in the US: The Pros and Cons » Textron Soars in Q4 Performance »

TRIP REPORTS Brightline train review florida
Our Weekly Digest Straight to Your Inbox Subscribe to receive our weekly aviation newsletter to stay updated on industry news. No spam, no BS. Unsubscribe at any time.