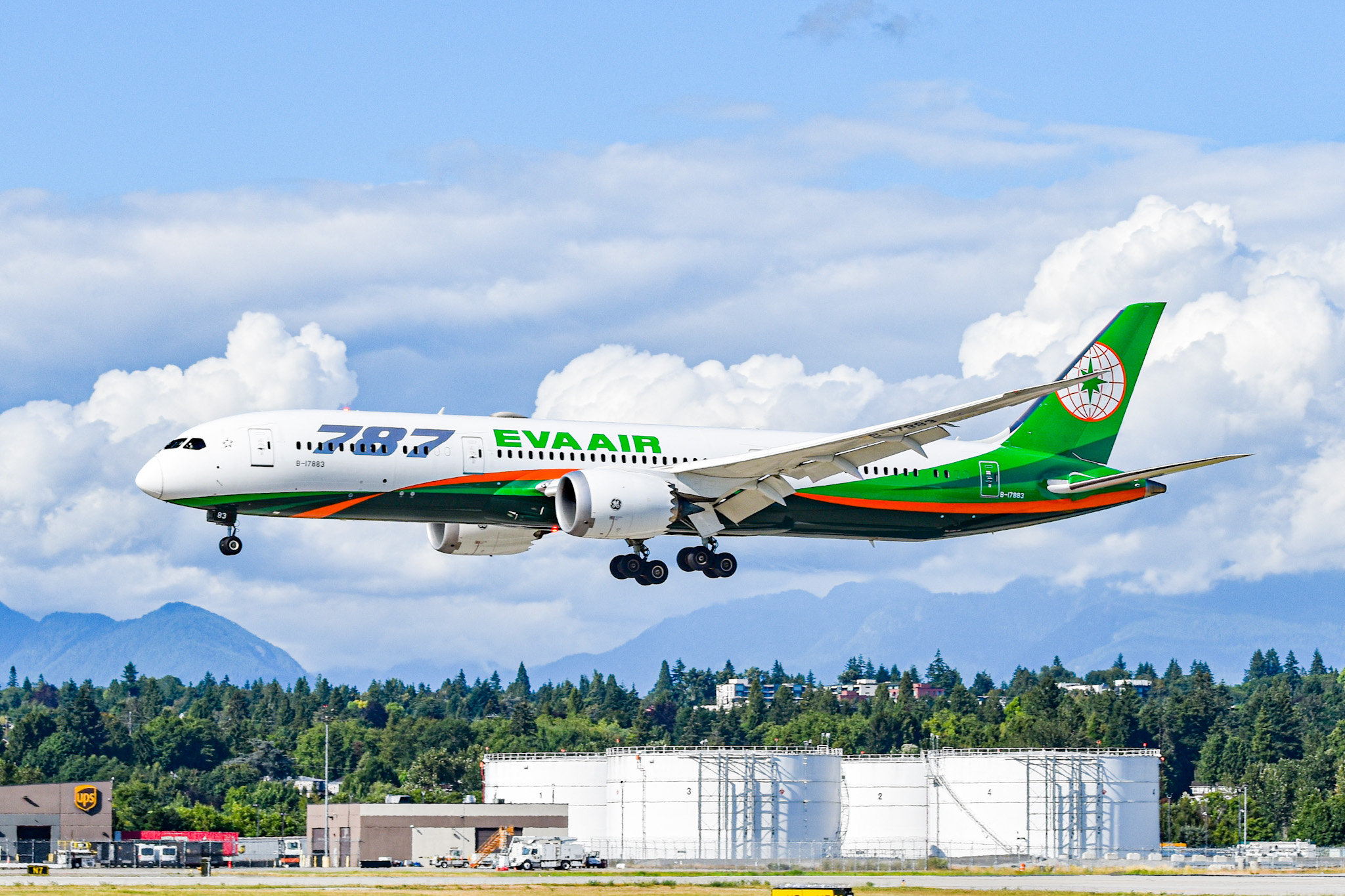 A Guide to Vancouver Airports

A Guide to Vancouver Airports

BY GABRIEL SHEPHERD 19328d AGO 0 COMMENTS

Given the wide range of diversity in the Vancouver and Greater Vancouver area, from popular seaplane operations to plenty of charter aircraft, spotting in Greater Vancouver doesn't seem to get old. Vancouver features a large mountain range to the north including Mount Seymour and Cypress, both of which are home to popular ski resorts and are just a half-hour drive from the city of Vancouver. Some people consider Vancouver one of the best places in the world to plane spot, seeing as Vancouver's major airport, CYVR - Vancouver Intl. has the mountainous backdrop that tends to 'photobomb' most shots of landing and departing aircraft. In the fall, winter, and spring, however, these mountains gain another advantage, snow. Many airports in the world are in the mountains and would be considered much more beautiful than YVR in terms of aesthetics, but very little, if not non, of these airports, have the capacity to operate heavy jets or the same diversity that Vancouver gets.

This guide does not only cover the Vancouver Airport but will cover most certified aerodromes in Greater Vancouver and beyond, as far as Abbotsford, CYXX. Vancouver is mostly served by two major airlines, Westjet and Air Canada while Flair and Swoop operate out of Vancouver Intl. and Abbotsford Intl. respectively.

A full list of airlines that serve Vancouver Intl can be found here.

On top of these, if you visit YVR, don't forget to check out CAM9, the seaplane side of Vancouver Intl's operations. It's located on the south side of Sea Island, the island that Vancouver Airports is located on. The seaplane terminal is served by Seair Seaplanes and Harbour Air. Both these airlines mainly use the DeHavilland DHC-2 Beaver aircraft, but what the seaplane side of things lacks in aircraft diversity is made up in the kinds of shots you'll get. But note, spotting from this location requires a 55mm or better lens as the aircraft landing here are very small compared to what you'd spot landing and departing solid surfaces at the Vancouver Airport. Also, note that parking at the Seair Seaplanes and Harbour Air terminals is very limited, and should the lot be full, there is parking across the road.

Popular YVR spotting locations include the South Terminal Spotting Platform located at the South Terminal, Flightpath Park which is used to typically spot cargo and charter aircraft, the Avis lot, and the north parameter hills. More information about all locations and suggested focal lengths can be found here.

In terms of runways, there are 3 runway surfaces at YVR, 6 runways. These are 26L, 26R, 08L, 08R, 31, and 13. When 26L and 26R are in use, typically most landings will go to 26R, especially international carriers since that's the closest runway to the international terminal. However, if the airport is very busy, Air Canada and Westjet aircraft may land on 26L. Most cargo jets and charter aircraft, as well as Air North, tend to land on 26L because that runway is closer to their gates or ramps. With 08R and 08L in use, you have two options. Usually, aircraft will land on 08L, and almost always aircraft will depart 08R. If you are looking for photographs of landing aircraft, you can go to the north parameter hills and spot from there, however, at most times of day, this location is backlit, especially in the fall, winter, and spring months. If you're looking to get right up close and personal with heavy aircraft, the Avis lot might be your best bet. Since these heavy aircraft have longer landing rolls, they'll exit on taxiway M5 which is further down the runway. M5 also faces the Avis lot and provides spotters with lovely head-on shots. If you're looking for departures, the spotting platform might be the best you can do, and hope the aircraft you're trying to get has a late rotation. Another option is to go down to the Coast Guard and spot from there, but a powerful lens is needed here as well. Operations using runways 13 and 31 are very rare, however, they do happen usually in high wind conditions when the wind is more than 20 to 25 or so knots out of the north or south. Sometimes airlines like Swoop will divert aircraft bound for Abbotsford, which does not have a runway of sufficient length that runs north/south for a commercial airliner, to Vancouver Intl. Airport.

Additional information about Vancouver International Airport can be found in this informative guide.

The Abbotsford Airport can be boring at times, but if you're lucky, you may have the chance to see vintage or military aircraft here. The Abbotsford

International Airport is located near the Canada/USA border.

Airlines that operate out of CYXX:

Up until this year, Flair served this airport, but they eventually couldn't compete with Swoop as they are both ULCCs, Ultra Low-Cost Carriers. Also, Conair Aerial Firefighting is based out of this airport and they operate a few vintage aircraft as well as retrofitted Dash 8 Q400s and BAe 146s. They are most active in late spring and early fall. Abbotsford is also home to the Abbotsford International Airshow, the largest in British Columbia and one of the largest in Canada. Noted visitors include the SR-71, AN-225, and many more. Commercial aircraft will always land either 25 or 07, but sometimes they may land commercial aircraft against the flow of traffic. (i.e. the ATIS may say landing 07, but a commercial aircraft may land on runway 25.) A suggestion would be to bring a handheld radio to monitor the approach frequency. If you don't have a radio, the second-best option would be to keep a close eye on FlightRadar24 or another flight tracker.

Spotting locations include Clearbrook Road, at the end of runway 25, good for arrivals, Walmsley Ave. which is good for both arrivals and departures, and Mt Lehman Road which sits under runway 07. Runways 01 and 19 are usually used for GA aircraft. Since the two runways intersect by the 01 and 07 thresholds, Mt Lehman Road works for runway 01 as well. For runway 19, Queen St. and Threshold Dr. is a perfect spot, however as you approach Threshold Dr, it may look like you are entering the airport property as you'll come across a parameter fence which is open. Don't worry! This is an old fence and you are not entering a restricted area!

You can see this link for more information on spotting at Abbotsford, but some of the information is a tad outdated.

Boundary Bay Airport is Canada's fifth busiest airport in terms of aircraft movement and is the busiest general aviation airport in Canada, so it makes sense that you might want to spot there! The airport gets plenty of charter and private aircraft and serves Vancouver and surrounding areas. Unfortunately, spotting locations at Boundary Bay Airport are very very limited. The first place to try would be the Skyhawk restaurant which sits on the north side of the airport. It has an outdoor patio that overlooks the apron and runway 07/25. You can easily snap pictures of aircraft on the apron from here, but a better lens may be required for pictures of landing and departing aircraft. Other places you may want to try are 72 St., and the intersection of 72 St. and Churchill. If you're lucky, you might see someone flying their military jet around!

Langley Regional Airport is a fairly active airport and has a pretty good variety of general aviation aircraft. Depending on when you're there, you may see anything from RCAF Air Cadet gliders to vintage warbirds and biplanes. This makes sense seeing as Langley Regional Airport was once an RCAF airport. Langley has a few decent spotting locations. For runway 07, you can park across 56 Ave, cross the road and there's a pathway that goes quite close to the 07 threshold. If runways 19 and 25 are being used, the same location can be used for both runways. The suggested parking location for this spot would either be at the terminal once it's open or at a restaurant called Adrian's At The Airport. You can then walk north and should come across a pathway along 216 St. The pathway goes to the thresholds of runways 25 and 19. Interestingly, aircraft on approach to runway 19 appear as if they are heading right towards you and make for some interesting photographs. Lastly, if you're looking to spot at runway 01, there is really only one place to and it's here, a pullout along Fraser Highway. Do NOT walk to this location. There is no safe space to walk along the highway to get here and you must drive to this spot, but it gives great views of aircraft performing runup and landing aircraft.

Pitt Meadows airport doesn't see many warbirds or other interesting aircraft, but it is very busy. It's one of the busiest general aviation airports in British Columbia and Canada. The Pitt Meadows airport is busiest in the two or so hours leading up to sunset, weekends, and especially after a low ceiling or poor weather has cleared up. 26L and 26R are the most active runways and also have the most accessible spotting locations. The preferred location for spotting arrivals is along Baynes Road, under the approach for the two parallel runways. Currently, the terminal at Pitt Meadows Airport is being rebuilt and hopefully, it will provide views for spotting. Another location for spotting aircraft on 26L/08R is along the trail that runs along the south side of the runway. This spot is also perfect for spotting arrivals on runway 36 which is used when the wind is coming from the north. 08L and 08R are seldom used except for IFR aircraft in bad weather. But if they are being used, spotting aircraft on 08L is pretty much out of the question. Arriving aircraft will most likely use 08R and again, the trail along the south side of the airfield will be the best choice.

Please remember to obey any posted signs as any of the parking information in this guide is subject to change. I hope that this guide helps you in your spotting journey, whether you are from Vancouver or are visiting!

INFORMATIONAL Vancouver Airport Guide Spotting Aviation TheExplorerBlog
Our Weekly Digest Straight to Your Inbox Subscribe to receive our weekly aviation newsletter to stay updated on industry news. No spam, no BS. Unsubscribe at any time.